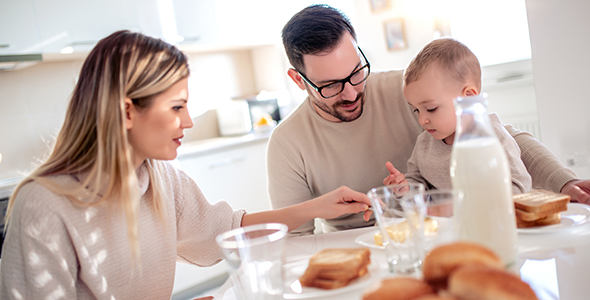 Despite recent outbreaks of severe foodborne infections from consuming unpasteurized or “raw” milk and milk products, the trend of consuming these products shows no signs of abating, with at least one state debating if it should remove restrictions on the commercial sale of unpasteurized milk. In Part 1 and Part 2 of this series, we reviewed the origins of the “raw” milk movement and the legality of selling raw milk and milk products in the U.S.

“I don’t think it’s possible to put a number on the lives saved, but there’s no doubt that the widespread pasteurization of milk has saved many lives,” Mullen said.

When the U.K. was debating mandatory milk pasteurization during the second World War, a study called Pasteurization of Milk, published by the British Medical Journal, revealed that at least 1,500 people died each year in England and Wales from tuberculosis “of bovine origin.” Each year, thousands of cases of scarlet fever, diphtheria, typhoid fever, dysentery, and “undulant fever,” or, brucellosis, caused by the bacteria Brucella, were attributed to contaminated milk.

In the 25 years from 1912 to 1937, nearly 200,000 children under age two died from diarrhea epidemics in England and Wales. While it was impossible to pinpoint the cause of each epidemic, the BMJ authors assert that many of these deaths were due to contaminated milk.

There are multiple points of potential contamination in dairy production, which makes quality control vital to the safety of dairy products, according to Mullen, a microbiologist who has been with bioMerieux for nearly 20 years. “It’s absolutely essential to take every possible step to ensure the product is free of pathogens and spoilage organisms. Of course the QC process must begin on the farm with strong hygiene practices.” Mullen added.

“Some people feel that raw milk is beneficial because it maintains more vitamins, minerals, fatty acids, and amino acids that are lost during the pasteurization process,” Mullen said. “However, there have not been any studies that show pasteurization significantly reduces the nutritional value of milk.”

There have been some studies that indicate pasteurization reduces lactoperoxidase activity, which is an antimicrobial that helps control harmful microbes; however, other antimicrobials remain mostly unchanged, she said.

“With all decisions regarding public health, we have to balance the risks with the benefits,” Mullen said. “For example, physicians were initially opposed to pasteurizing milk early in the 20th Century, but as they saw the benefits, the consensus shifted in favor of pasteurization.”

Ultimately, the decision to consume unpasteurized milk and mild product is a personal one if you live in a state that allows the sale of those products, Mullen said. However, consumers of unpasteurized milk need to fully understand the risks involved before bringing the products into their homes.

“For example, if you have children or elderly family members, they are vulnerable targets for the pathogens that are often found in raw milk products. What might cause a mild stomach ache in a healthy adult could cause a catastrophic infection in a toddler or senior,” Mullen said.

“The same is true for those with impaired immunity. For example, if a family member is being treated with chemotherapy or is the recipient of a donor organ, they have compromised immunity and are also very vulnerable to these opportunistic infections. So when you bring raw milk and raw milk products into your home, it’s absolutely essential that you think about the risks not just to you, but your entire family.”

One Reply to “Is Consuming Unpasteurized Milk Worth the Risk?”