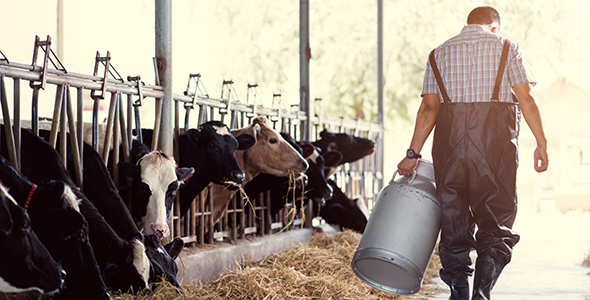 Early this February, the Centers for Disease Control and Prevention issued a Food Safety Alert to warn consumers about the dangers of consuming unpasteurized, or “raw,” milk and milk products. The warning came in response to a case of Brucella infection in New York state traced to the consumption of raw milk sold by a Pennsylvania raw dairy farm, along with a series of cases of food-borne infections linked to “raw” milk products.

While the CDC’s Food Safety Alert has helped to raise awareness about this problem, the debate between pasteurized and unpasteurized milk advocates has been ongoing for nearly a century.

Virtually all the milk and milk products sold by U.S. grocery stores is pasteurized, or heated, to kill microorganisms passed to the milk by cows. Pasteurization was invented by French microbiologist Louis Pasteur in the 1860s. The process involves heating a fluid to a certain temperature, which is sustained for a certain period of time required to kill potential microbial pathogens. Much of the milk sold in the U.S. today—including “organic” milk—is pasteurized via ultra-high temperature (UHT) pasteurization in which milk is heated to approximately 275°F for 2-3 seconds. This is sufficient to kill all microbial pathogens.

However, from the very beginning of dairy pasteurization, critics of the process claimed that heat changes the flavor of milk and degrades its nutritional content, according to Nature’s Perfect Food: How Milk Became America’s Food, by E. Melanie Dupuis. There is no debate that pasteurization denatures certain proteins and enzymes found in milk, which inevitably impacts its flavor and nutritional value.

In fact, as dairy pasteurization became more common at the beginning of the twentieth century, criticism of the process often came from U.S. pediatricians who insisted that that, “The sterilization of milk through pasteurization damaged milk’s nutritive value and beneficial bacteria,” according to Dupuis.

Interest in unpasteurized “raw” milk resurged with the organic farming movement in the 1960s and 1970s, and grew dramatically with the approval of recombinant bovine growth hormone (rBGH) in the U.S. to increase milk yields in the 1990s. The turning point in the rBGH battle occurred when the manufacturers of the natural hormone, which is produced via genetic engineering technology, sued organic dairies that labeled their milk as “hormone free,” setting off a freedom of speech battle.

Organic dairy farmers wanted to tell their customers that they were not interfering with the natural process of bovine biology in the production of milk, while rBGH makers insisted that “hormone free” labels were misleading because all milk naturally contains some growth hormone. Most of these cases were settled, but the kerfuffle re-ignited the debate, with a new line in the sand between completely unprocessed milk and everything else.

Part of this debate is almost certainly economic. Milk consumption in the U.S. is projected to decline in the foreseeable future, a continuation following many years of decline. Small dairies tend to offer raw milk, and that’s probably because it allows them to better compete with large corporate farms. While a gallon of pasteurized, homogenized milk in the U.S. currently costs about $3.40, some raw dairies charge as much as $24 per gallon.

While the debate over pasteurization continued, public health officials began to accept minor nutritional losses as a reasonable tradeoff for a safe and affordable milk supply. In 1912, New York City was one of the first cities in the U.S. to mandate milk pasteurization, but soon most of the country followed suit.

In fact, as of 2019, state laws in only a dozen states allow the sale of “raw milk” in grocery store dairy aisles alongside pasteurized milk, with California leading the trend. In fact, the majority of U.S. states ban it, but allow work-arounds such as purchasing directly from farmers. The most common work-around is a “cow-share” plan, in which consumers pool their resources to buy a dairy cow and a certain amount of raw milk per year. The FDA still bans the interstate transport of raw milk for commercial sale, as per the federal Pasteurized Milk Ordinance.

The state legislature of Montana, where raw milk retail sales are currently banned, is once again debating its legalization. According to Rep. Nancy Ballance (R-Hamilton), the sponsor of the latest bill before the Montana legislature, legalizing the sale of unpasteurized milk, “is the ultimate freedom bill. What could be more natural and healthful?”

Laurel Riek, of the Montana Environmental Health Association, opposes this proposed legislation. According to KPAX News, Riek said, “I can tell you voting for this bill isn’t progress. It’s not getting back to basics. It’s legalizing the commercial distribution of an unsafe product that has a history of risk.”

Meanwhile, the state of Tennessee is reconsidering its “cow-share” program after a recent spike in severe E. coli infections among children was linked to unpasteurized milk. The Tennessee legislature is debating a complete ban on unpasteurized milk, but the state’s raw dairy farmers are fighting back.