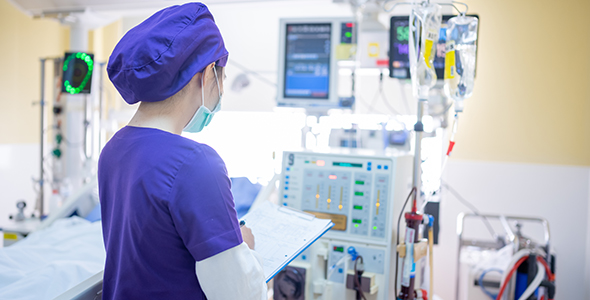 Each year, over 47 million people around the globe are impacted by sepsis. Of those, an estimated 11 million lose their lives. Sepsis is a dangerous, life-threatening medical emergency that is among the leading causes of death in intensive care units (ICUs). Trends indicate that sepsis cases have been on the rise each year, and likely attributed to factors such as an aging population, altered co-morbidity patterns, invasive procedures, and the growth of multi-drug resistant pathogens.

Given the potential for high morbidity and mortality, time is of the essence when it comes to diagnosis and treatment for sepsis. While seeking medical attention upon suspicion of sepsis is vital to saving lives, a clinical team’s ability to recognize factors that may put a patient at high risk for developing sepsis may be even more valuable. It is important for physicians to understand which populations are at a higher risk for sepsis. Knowing the risk factors for each patient can help teams make timelier, better-informed decisions when it comes to diagnosing and administering treatment.

Broadening the scope to encompass a bigger picture for predicting the likelihood of sepsis could have a positive impact on patient outcomes. Data suggests that circumstances such as socioeconomic status, demographics, education, and a history of substance abuse can all impact the likelihood of a patient developing sepsis. As emphasized in a recent study that took place in Stockholm, Sweden, “early awareness of septic manifestations in patients with a high comorbidity burden and low socioeconomy is of outmost importance.”

The presence of comorbidities can play a critical role in determining a patient’s risk for sepsis. Data indicates that some of the most common comorbidities among sepsis patients are end-stage renal disease (ESRD), liver disease, metastatic malignancy, and congestive heart failure. Comparatively, congestive heart failure scored high, but heart attacks did not show indications of increasing the likelihood of developing sepsis.

Aside from comorbidities, this study also detected an increased risk of sepsis in patients having low income and lower levels of education. While socioeconomic status and education themselves do not lead to a higher risk of sepsis, they may lead to contributing factors such as less engagement in activities to promote health such as exercising, vaccination, wholesome nutrition, and unhealthy activities such as smoking.

Research and studies need to consider including polysocial risk factors for a comprehensive look into the likelihood of sepsis due to socioeconomic contributors. To combat healthcare disparity for groups with low socioeconomic status, the researchers suggest that interventions should prioritize sepsis prevention with increased preventive care measures for chronic conditions.