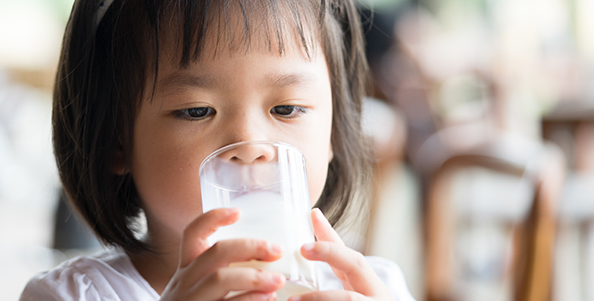 The Centers for Disease Control and Prevention (CDC) is warning drinkers of so-called “raw” or “natural” milk and milk products of the recurring danger of foodborne infections following a case of Brucella infection in New York state related to raw, or unpasteurized, milk sold by Miller’s Biodiversity Farm, an organic dairy farm in Pennsylvania.

The CDC issued a Food Safety Alert February 8th to inform consumers of unpasteurized milk that led to a case of Brucella strain RB51 infection (brucellosis) in New York. According to the CDC, an unknown number of people may have been exposed to RB51 from drinking the milk from a Pennsylvania dairy farm. This strain of Brucella is resistant to first-line drugs, specifically rifampin, one of the antibiotics that would typically be used to prevent or treat brucellosis.

“Drinking unpasteurized milk is taking ‘Organic’ to a new and very hazardous level,” said Mark Miller, MD, Executive Vice-President and Chief Medical Officer at bioMérieux. “Remember, our ancestors died of infectious diseases, very often at a young age because they didn’t have access to our hygienic procedures like pasteurization. Let’s not turn back the clock on this progress.”

“Many who purchase unpasteurized milk do so under the false impression that it’s the healthy thing to do for their families, but this couldn’t be further from the truth,” said Dr. Miller. “This is a risky act for healthy people, but it’s even more dangerous for your more vulnerable family members, including infants and children, older adults, pregnant women, and people with weakened immune systems resulting from organ transplantation, chemotherapy, or conditions that suppress the immune system.”

Prior to joining bioMerieux in 2012, Dr. Miller served for over two decades as the Chair of Infection Prevention and Control, the Chief of Clinical Microbiology, and the Head of Infectious Diseases at the McGill University-affiliated Jewish General Hospital in Montreal. His research has focused on the epidemiology, prevention, and treatment of healthcare-associated infections and he has authored and co-authored over 130 publications and presented over 145 abstracts.

How Significant is the Risk?

According to the CDC, consuming unpasteurized milk or cheese is 150 times more likely to cause foodborne illness and results in a dramatic increase in hospitalizations.

In a CDC video case study, one California mother describes the risks of consuming raw milk as “more than just a tummy ache” and details how her son suffered congestive heart failure and renal failure resulting from a near fatal infection from consuming raw milk.

The New York resident, who drank unpasteurized milk purchased from Miller’s Biodiversity Farm in Quarryville, Pennsylvania, was diagnosed with brucellosis in November 2018. Later in the follow-up investigation, milk samples from the farm, tested positive for RB51 and the cow that was determined to be the source of the contaminated milk was removed from the milking herd.

This is how Miller’s Biodiversity Farm describes its dairy products:

“Miller’s Biodiversity Farm has not been touched by chemicals in over fifteen years, and the neighboring farms we work with practice with similar values. All of our products are all-natural, chemical-free, and GMO-free and produced with sustainable practices. We take pride in providing you and your family with nutrient-dense, real food.

Our milk comes from pastured cows and contains all the fat. Our milk, cream, butter, yogurt, and fresh cheese is 100% A2/A2. Our A2/A2 milk contains only the fully digestible A2 type of β-casein protein rather than the more prevalent A1 protein. Some of our hard cheeses are A1/A2.”

Ironically, the RB51 strain of Brucella is a live, weakened strain used in a vaccine to protect cows against a more severe form of Brucella infection, which can cause abortions in cows and very severe illness in humans.

“On rare occasions, cows vaccinated with RB51 vaccine can shed the bacteria in their milk. People who drink raw milk from cows that are shedding RB51 can develop brucellosis,” the CDC stated.

The CDC encourages anyone who has consumed milk products from Miller’s Biodiversity Farm to see their doctors as soon as possible.

“People who are still within six months of the date they last consumed the raw milk are at an increased risk for brucellosis and should receive antibiotics to prevent an infection and symptoms, and should monitor their health for possible symptoms for six months,” the CDC warned.

Brucellosis can be difficult to diagnose because of limited testing options for this pathogen. The initial symptoms of RB51 infection include fever, sweats, loss of appetite, headache, fatigue, muscle and joint pain, and other flu-like symptoms. These symptoms can occur within days of exposure or take as long as six months to first manifest.

The New York case is the third documented instance of RB51 infection associated with consuming unpasteurized milk. In late 2017, consumers in New Jersey and in Texas were diagnosed with RB51 infections. According to CDC, it is likely that hundreds of others were exposed to this pathogen during these incidents. In fact, the CDC is investigating potential exposure to RB51 in 19 states, all of which are linked to unpasteurized milk and milk products sold by the same Pennsylvania dairy farm.