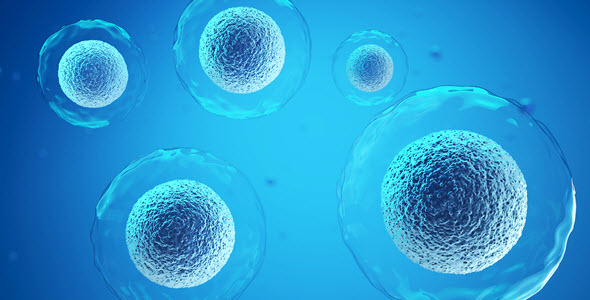 Cell, gene, and tissue-based therapies, sometimes referred to as advanced therapy medicinal products (ATMPs), hold tremendous promise for addressing some of the most problematic diseases, including those without treatment options and prevalent genetic conditions. Because of the opportunities these technologies present, development has been surging in recent years, and the Food and Drug Administration (FDA) predicts they will approve 10 – 20 cell and gene therapy products a year by 2025.

With the novelty and innovation of ATMPs also comes new uncertainties and some unique, theoretical risks. It is the FDA’s job to ensure clinical safety and effectiveness of these products, which has been difficult because the quick evolution of the industry created opportunities for products to emerge that the organization was not able to fully evaluate. Most were stem cell therapies that providers were advertising for a broad array of applications—from cosmetic procedures to treating multiple sclerosis—usually with little or no evidence to support their claims.

Due to the dangerous risks these unevaluated therapies presented to patients, the FDA acknowledged the need for stricter enforcement and clearer guidelines in 2017. In November of that year, then-FDA Commissioner Scott Gottlieb said, “The rapid growth and promise of this field has increasingly sowed the ground for the entry of some unscrupulous actors, who have…[made] deceptive claims to patients about unproven and, in some cases, dangerous products. This underscores the importance of having a clear regulatory framework for developers and ensuring that those who skirt these regulations are held accountable.”

Since 2017, the FDA has quickly adjusted processes, expanded capabilities, and created new guidelines specifically for ATMPs to keep up with the pace of the industry and discover and penalize developers who do not abide by regulations.

ATMPs are regulated by the FDA through a risk-based approach, with products grouped into three general tiers. Since 2017, key changes have been introduced that alter how the FDA defines the boundaries of each tier. These distinctions have significant consequences for the developers of ATMPs because each tier requires increasing oversight from the FDA. The modifications explain each tier definition and help to provide clarity for ATMP developers as to which tier they will fall into and how much guidance from the FDA they will receive.

A summary of each tier is provided below, based on descriptions from PEW Trusts:

The lowest tier includes cases in which cells and tissues are transplanted as part of fertility treatments involving intimate partners, or are harvested and reimplanted within the same patient during the same surgical procedure. These products are exempt from regulations governing FDA requirements for facility registration, product listing, donor eligibility, and tissue handling.

The middle tier includes products that meet four criteria: 1) Be minimally manipulated; 2) Be intended for a similar use in the recipient as in the donor; 3) Not be combined with other substances, except in limited, specific circumstances; and 4) Not have a systemwide effect or depend on the metabolic function of living donor cells in order to function as intended, unless the product is for a patient’s own use, is being donated to a first- or second-degree relative, or is for reproductive use.

Middle-tier ATMPs are exempt from the premarket approval requirements that apply to the highest tier, but they must meet requirements regarding infection and contamination prevention that therapies in the lowest tier do not need to meet.

ATMPs that do not meet the criteria for the first two tiers are subject to the same premarketing requirements as any other drug or device, and the manufacturer must conduct clinical studies to demonstrate safety and efficacy.

In addition to providing more clarity through the tier-based classifications, the FDA has taken numerous other actions to reduce regulatory barriers and simplify the path to market for ATMP developers. One of those steps was establishing the Regenerative medicine advanced therapy (RMAT) designation, which is assigned to ATMPs that have the potential to address unmet clinical needs. Products that qualify for an RMAT designation are usually within the highest tier but are allowed expedited or alternative pathways to FDA licensure.  Since being enacted in December 2016, there have been 172 RMAT designations granted.

The FDA has also expanded their workforce to meet the demands of the cell and gene therapy pipeline, hiring more than 50 reviewers to handle the hundreds of new applications received each year. In 2020, the FDA rejected a highly anticipated hemophilia A gene therapy. In the past, there has been a widespread perception of leniency from the FDA, particularly for the review of one-time therapies for rare diseases. However, this rejection signaled that the FDA is raising the regulatory bar for ATMP developers to protect patients.

The ATMP Industry Still Has More to Learn, But the Priority is Patient Safety

Due to the nature of ATMPs and their reliance on living cells and tissues for source materials, there will still be unique manufacturing and regulatory challenges that must be overcome as the industry matures. Much progress has been made since the FDA pledged to increase enforcement and regulatory efforts in 2017—the regulatory framework ushered in over the past few years has helped provide clarity to ATMP developers and the RMAT designation has offered faster pathways to get critical, innovative solutions to patients, faster.

This article is part of a series exploring ATMPs. Read our previous article, which explores some of the first cell and gene therapies, here.