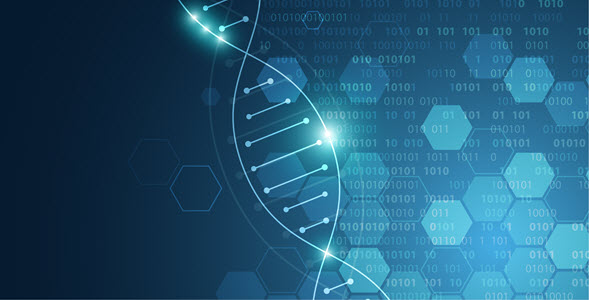 Parkinson’s Disease. Diabetes. Muscular dystrophy. These diseases all lack cures, but they also share another important similarity: the quest for their cures is playing out in the field of ATMPs.

ATMPs are medicines for human use with an active therapeutic substance based on one of the following advanced technologies: 1) techniques meant to modify the patient’s genome, 2) nucleic acids or genes that are recombinant (sequences that would not otherwise be found in the genome), 3) substantially manipulated cells, or 4) cells intended for a different function in the patient than they had in the donor.

These medicines are produced through biological processes and are generally sorted into four sub-classes:

“Cell- and gene-based therapies form one of the pillars of regenerative medicine. They have the potential to transform quality of life and improve the health status of patients with genetic and cellular defects, including genetic diseases, neurodegenerative diseases and tissue malignancies, amongst others,” stated researchers in a 2018 article published in Frontiers in Bioengineering and Biotechnology.

GTMPs: Modified in a Lab, Delivered to a Patient

By definition, GTMPs contain an active substance that includes or consists of a nucleic acid sequence that would not otherwise be found in the genome (recombinant nucleic acids or genes). The goal of administering the new recombinant sequence(s) is to regulate, repair, replace, add, or delete an existing genetic sequence in the human body. The therapeutic effect of a GTMP derives from correcting the dysfunctional gene or protein, either by providing the patient with a new “healthy” version or deleting the patient’s “sick” version.  Of course, the precise strategy taken is entirely dependent on the disease itself.

GTMPs can be administered ex-vivo or in-vivo, which simply describes where the genetic manipulation takes place. In ex-vivo gene therapy, the targeted cells are removed from the patient, gene therapy is administered to the cells, and then the cells are returned to the patient’s body. An example of an ex-vivo GTMP is CAR T therapy, in which immune cells are manipulated to attack cancer cells and then re-injected into the patient, where they help fight the cancer. With in-vivo gene therapy, the therapy is administered directly to the patient without manipulation of the cells outside the body. For example, in 2019, an in-vivo experimental treatment for inherited blindness was developed that removed a detrimental mutation from cells in patients’ retinas.

sCTMPs (somatic cell therapy medicinal products) are cells or tissues that are either substantially manipulated or are intended to be used for a different essential function in the recipient than they were in the donor—or a combination of both. The goal of cell therapy is to treat, prevent, or diagnose a disease through pharmacological, immunological, or metabolic action.

With traditional transplants, cells are not substantially manipulated before entering the body and are typically used for the same essential function they were serving in the donor. To qualify as a sCTMP, the cell or tissue must be processed or manipulated in a way that will change its behavior when administered to the patient. The same cells can be an ATMP in one context and not in another—for example, a transplant of bone marrow from a donor to a patient would not be an ATMP if the bone marrow served the same function in the patient. However, applying bone marrow stem cells to a patient’s heart to help heal damaged tissue after a heart attack would be considered an ATMP since it is serving a different purpose than it was in the donor.

TEPs contain or consist of engineered cells or tissues that are specifically administered to regenerate, repair, or replace existing human tissue. A TEP may contain cells or tissues of human or animal origin, or both. The cells or tissues may be viable (living) or non-viable (not living), but to be considered a TEP, the product must behave pharmacologically, immunologically, or metabolically within the body.

Artificial skin and cartilage are examples of TEPs that have been approved by the FDA, but currently have limited use in human patients.

Combined ATMPs can be gene, cell, or tissue based, but they also contain one or more medical devices as an integral part of the medicine. An example of a Combined ATMP is cells embedded in a scaffold, which is often used in tissue engineering. Scaffolds provide the structural support for cell attachment and subsequent tissue development.

ATMPs are at the Forefront of Innovation

“The next revolution in healthcare is undoubtedly that of regenerative medicine, based on the realization of the potential of genes and living cells as drugs,” state the authors of the Frontiers in Bioengineering and Biotechnology report. ATMPs present the opportunity to address significant unmet clinical needs—but the road to implementing these innovative therapies is long and full of challenges.

This article is part of a series exploring ATMPs. The next article will discuss examples of ATMPs—some that have overcome development obstacles and others that ultimately didn’t succeed in the market → read it here.