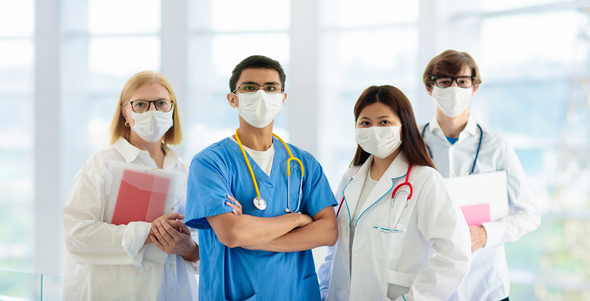 The COVID-19 pandemic was met with comprehensive containment measures by many countries around the world. The purpose of such measures was to limit close person-to-person contact with the goal of reducing transmission of the SARS-CoV-2 virus, which causes COVID-19 illness.

SARS-CoV-2 is transmitted via respiratory fluids that are either directly deposited or inhaled. People can release infectious respiratory fluids when exhaling, speaking, singing, exercising, coughing, or sneezing, to name a few. Because of the virus’ ubiquitous transmission, the COVID-19 pandemic has provided the unique opportunity for the epidemiological analysis of other pathogens with similar transmission methods which are responsible for countless deaths each year.

A team of researchers, led by Dr. Angela Brueggemann at the University of Oxford, launched the Invasive Respiratory Infection Surveillance (IRIS) Initiative and published a study on their findings. The objective of the study was to observe changes in the incidence of invasive diseases due to three bacterial pathogens with transmission methods similar to the SARS-CoV-2 virus: Streptococcus pneumoniae, Haemophilus influenzae, and Neisseria meningitidis. These organisms frequently cause pneumonia and meningitis, which are among the leading causes of global mortality across all age groups. In 2016, an estimated 2.7 million deaths occurred worldwide from meningitis (300,000) and pneumonia (2.4 million). Brueggeman et al. prospectively analyzed data from 26 countries and territories, spanning January 1 to May 31, 2020, a time when containment measures were widely implemented due to the spread of SARS-CoV-2.

One of the study’s most notable findings was the decreased incidence of Streptococcus pneumoniae infections reported. The authors observed a decrease of 68% at 4 weeks and 82% at 8 weeks, following significant changes in population movement due to the implementation of containment measures. The study also observed significant reductions in reported Haemophilus influenzae and Neisseria meningitidis invasive infections.

Examples of containment measures that were implemented include school closures, workplace closures, cancellation of public events, restrictions on gatherings, closures of public transport, stay at home requirements, restrictions on internal population movement (e.g., recommendations not to travel between regions or cities), and international travel controls. These resulted in reduced population mobility in countries around the world.

Researchers were able to measure population mobility using the Google COVID-19 Community Mobility Reports, which did not record personally identifiable information. The data collected in this study support the hypothesis that reduced mobility resulted in subsequent reductions of other detrimental infectious disease occurrences. The authors conclude that the introduction of COVID-19 containment policies and public information campaigns likely reduced transmission of these pathogens, leading to a significant reduction in life-threatening invasive diseases in many countries worldwide.