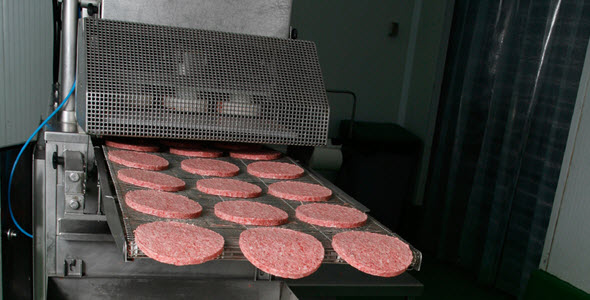 “The decision of FSIS to begin routine testing of ground beef, beef trim and raw ground beef components for the big seven STEC’s will put additional pressure on the US beef industry and importers to assure that the products they are producing do not contain any of these pathogenic E. coli and will likely lead to increased testing of these products by the meat industry,” said Dr. Stan Bailey, Sr. Director of Scientific Affairs at bioMérieux, Inc.

E. coli are a large and diverse group of bacteria—most strains are harmless, but others, like STEC, can cause illness. STEC infections in humans occur when STEC is swallowed. STEC lives in the guts of ruminant animals and a major source for human illness is cattle. Eating cattle, particularly ground beef, that has not been cooked sufficiently to kill STEC is thought to be the primary cause of infection. Cross-contamination through direct or indirect exposure is also likely an important source of human illness.

STEC causes disease by producing the Shiga toxin, which can cause severe damage to the lining of the intestine and to other target organs, such as the kidneys. Symptoms of STEC infections can include severe stomach cramps, diarrhea, and vomiting. These symptoms usually clear up within 5 to 7 days; however, cases can become much more severe. 5% to 10% of STEC infections develop a potentially life-threatening complication called Hemolytic Uremic Syndrome (HUS), in which the kidneys may stop working and hospitalization is required.

There are many different serogroups (types) of STEC that cause disease. The most well-known and commonly identified STEC in North America is E. coli O157:H7, which is often shortened to just O157. Other E. coli serogroups are sometimes referred to as non-O157 STECs. Most of what is known about STEC comes from the study of O157 infections—less is known about non-O157 STECs, partly because older laboratory practices did not identify non-O157 infections.

In previous decades, prevention and control measures by the USDA FSIS focused mainly on O157; however, in recent years, non-O157 outbreaks and illnesses have been detected more frequently. According to the CDC, an estimated 265,000 STEC infections occur each year in the United States and 64% of these infections are caused by non-O157 strains.

“These strains of E. coli are an emerging threat to human health and the steps we are taking today are entirely focused on preventing Americans from suffering foodborne illnesses,” said Agriculture Secretary Tom Vilsack. “We cannot ignore the evidence that these pathogens are a threat in our nation’s food supply.”