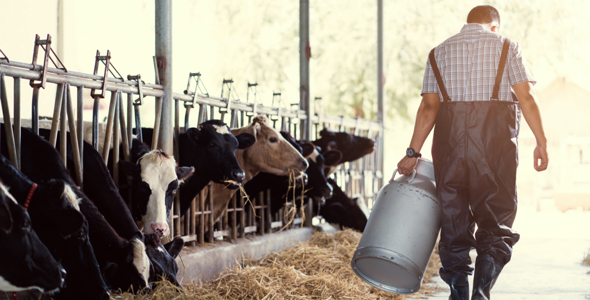 According to the U.S. Food and Drug Administration (FDA), about 80 percent of all antibiotics used in the U.S. are used in the animal health and agriculture sectors. This portion contributes significantly to antimicrobial resistance (AMR), as antibiotic dosing regimens tend to be less controlled in agriculture compared to human medicine. AMR is one of our world’s most pressing healthcare challenges and the misuse of antibiotics causes AMR to occur more rapidly.

Antibiotics have been crucial for the development of modern agriculture, and therefore, their use in agriculture must be properly balanced. Antibiotics have improved the health of animals and allowed food to be produced more plentifully at lower cost. However, the world has reached a state in which the use of antibiotics in plants and animals should be minimized. Studies indicate that more resources and focus should also be directed towards the food and agriculture sectors to better address AMR.

In September of 2019, the FDA released draft guidance to help bring remaining over-the-counter antimicrobials used for animals under veterinary oversight. The draft recommended the process as part of the FDA’s Five-Year Plan for Supporting Antimicrobial Stewardship in Veterinary Settings. When the draft is finalized and implemented, all antimicrobials for all animal species will only be able to be administered under the supervision of a licensed veterinarian.

Additionally, the “One Health” approach emphasizes that AMR is present in humans, plants, and animals, and combating it requires all-encompassing effort and coordination. “Leading world health agencies consider the threat of AMR as paramount and recognize its complex causation: expanding human and domestic animal populations; increased globalization, international trade, and demand for animal source foods; and all-too-easy access to antimicrobials in both developed and developing countries,” according to the authors of The Mandate for a Global “One Health” Approach to Antimicrobial Resistance Surveillance.

The Environmental Protection Agency (EPA) regulates certain bactericides that can and cannot be used on plants. The New York Times reported that in the past year, the agency has ignored objections from the CDC and FDA, approving the use of aminoglycosides, a class of antibiotics that includes streptomycin, to treat citrus greening disease. The disease, carried by insects known as diaphorina citris, has devastated many of Florida’s orange trees. However, Graciela Lorca, a molecular biologist and expert on citrus greening at the University Florida, said that there is an absence of peer-reviewed studies evaluating the effectiveness of the antibiotics in treating the disease. In addition, studies suggest that bacteria can become resistant to antibiotics after prolonged exposure to low concentrations of antibiotics in the environment. The European Union and Brazil have both banned agricultural use of streptomycin and oxytetracycline, and Brazil’s ban remains in place despite facing the same disease in their orange trees.

While the United States faces problems related to antibiotic use, low- and middle-income countries may have the biggest challenge controlling AMR in the agriculture sector. Poor sanitation and limited resources make the small-scale, intensive animal production that occurs in many of those countries more difficult. According to the authors of Antimicrobial Resistance— Moving Forward?, “Minimization of antimicrobial use in animal production requires investment in and promotion of sustainable production practices including regular vaccine schedules, hygienic husbandry and biosecurity practices, and quality nutrition to decrease overall disease incidence.” These requirements are often out of reach for those with limited resources.

In June 2019, the Tripartite—the Food and Agriculture Organization, the World Organization for Animal Health, and the World Health Organization launched an AMR Multi-Partner Trust Fund. The fund aims to support countries by providing technical support to countries designing National Action Plans on AMR. It also ensures plans will be developed using the “One Health” approach, which includes the needs of the animal health and agriculture sectors.

With the help of funding, proper guidance and further research, we can continue to make changes, create plans of action, and spread awareness of AMR.