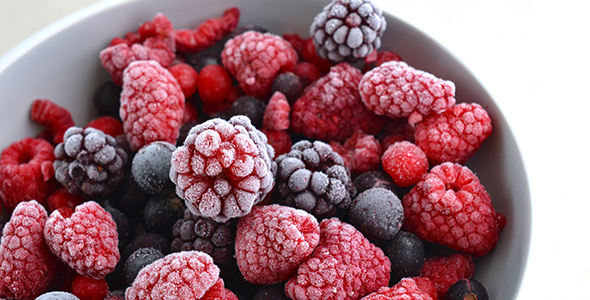 Frozen berries have been associated with four outbreaks of foodborne illness in the U.S. between 1997 and 2016. Specifically, the U.S. Food and Drug Administration (FDA) has linked three outbreaks of hepatitis A virus (HAV) and one outbreak of norovirus to the frozen fruit. The associated outbreaks resulted in over 500 illnesses and over 50 hospitalizations.

“With FDA inspections on the rise consumers and the food industry are becoming increasingly aware of the risks of consuming frozen berries,” says Maria McIntyre, Produce Safety Advocate at bioMérieux.

In an effort to prevent future outbreaks, the FDA has begun a round of microbiological surveillance sampling on frozen berries. The agency is collecting frozen strawberries, frozen raspberries, and frozen blackberries in retail packaging and completing testing for both HAV and norovirus.

The surveillance period, began in November 2018, is set to last 18 months. Throughout this time, the FDA has been taking samples from ports of entry and import warehouses as well as domestic processors, distributors and retailers. The plan is to test 2,000 samples in total. Samples are taken throughout the year, across all seasons and may be collected from the same establishment on more than one occasion.

Freezing may preserve produce; it does not generally kill viruses, which can survive at very low temperatures. Strawberries, blackberries and raspberries fall under a category of delicate produce that can be easily contaminated. The produce may be harmed after being handled by an infected worker, being exposed to unclean water, or touching contaminated surfaces. In addition, frozen berries are regularly consumed without a “kill-step”; they are often used as ingredients in fruit salads, smoothies, and ice creams without having undergone cooking to knock out pathogens.

Per protocol, the FDA may oversee a recall, issue public warnings and/or place a firm on import alert if hepatitis or norovirus is detected in a sample. This puts producers and retailers of frozen berries at risk of recalls and losses for unknowingly handling contaminated produce. The FDA will not pre-notify firms before collecting samples, and the results of the microbiological surveillance sampling will be posted on a quarterly basis.

Microbiological Surveillance Sampling is a part of the prevention-based approach taken by the FDA to keep contaminated food from reaching consumers. To learn more about the FDA sampling berries for harmful viruses, visit their Constituent Update posting. For more information on past outbreaks of foodborne illness due to frozen berries and the microbiological surveillance sampling updates, visit the FDA’s FY 19-20 Frozen Berries Assignment page.