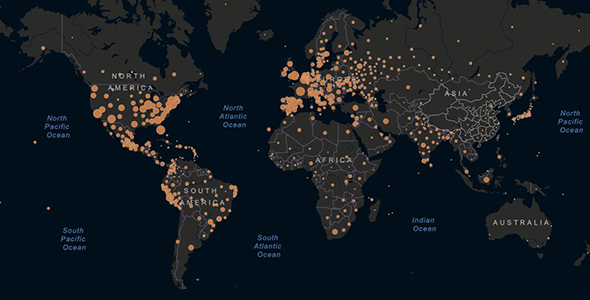 Since the pandemic began, a critical component of tracking and limiting its spread has been diagnostic testing to detect infections. However, because SARS-CoV-2 is a novel virus, it took time to develop those tests and make them widely available. Additionally, countries have differing levels of testing capacity, general population health, and healthcare infrastructure, which can contribute to under detection and underreporting of infections. Studies have found that under detection and underreporting are substantial in multiple countries, including Spain, China, France, Iran, and the United States, among others.

Under detection and underreporting are problematic for a variety of reasons. They make it more difficult to understand the true spread of the virus, which impacts everything from resource planning in healthcare systems to public policies designed to reduce infection spread. From a public health standpoint, this can put the population at greater risk.

Besides diagnostic testing, there are other ways to estimate the true spread of the virus. One study “used the mortality rate as the main indicator to evaluate the extent of underreporting and under detection of COVID-19 cases.” The authors’ analysis found that a few countries, including the United States, France, and Spain, had an exceptionally high number of undetected COVID-19 cases, with an estimated detection rate of only 1-2%, as of publication in June 2020.

Since then, countries have continued to make an effort to test more widely, as an article published in December in Nature discusses. “As countries in Europe gradually relaxed lockdown restrictions after the first wave, test-trace-isolate strategies became critical to maintain COVID-19 viral activity at low levels.”

That study explored the rate of detection of positive cases in France over time, finding that while detection rates substantially improved, there remain significant issues with under detection and underreporting. “The median detection rate increased from 7% [6-8]% to 38% [35-44]% over time, with large regional variations, owing to a strengthening of the system as well as a decrease of epidemic activity,” the authors write.

Besides hurdles with testing, the authors also note that only 31% of people with COVID-like symptoms sought medical care or advice during the study period. However, even with the low rate of individuals consulting with healthcare professionals, the healthcare system struggled to keep up. They say that, “the capacity of the system remained insufficient even at the low levels of viral circulation achieved after lockdown, and was predicted to deteriorate rapidly with increasing epidemic activity.”

The issue of capacity is a problem for healthcare systems everywhere, not only in France. Hospitals in the United States have faced enormous challenges in cities with large populations that experienced high levels of viral activity, including but not limited to New York City and Los Angeles. Even smaller cities have had to contend with capacity challenges, particularly when it comes to care for patients needing treatment in the ICU.

While the regulatory approval and rollout of vaccines across the world offers hope for bringing an end to the pandemic, health systems and the public will continue to deal with the virus until a large portion of the population has been vaccinated. The authors of the Nature article write that, “Substantially more aggressive, targeted, and efficient testing with easier access is required to act as a pandemic-fighting tool. Testing strategy will be once again of critical value to lift current restrictive measures in Europe and avoid a third wave.” While the United States has never nationally locked down in the same manner as many other countries, this type of testing strategy continues to be critical here as well.