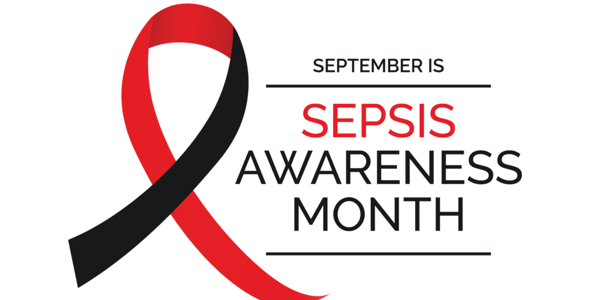 Sepsis is the body’s life-threatening, imbalanced response to a severe infection. The condition affects 1.7 million people and takes 270,000 lives in the U.S. every year. This year, we face additional risks because of the threat of COVID-19 and its known relationship to sepsis, but even under normal circumstances, it’s important to understand what sepsis is, what causes it, and how to appropriately treat it. In recent years, rising antimicrobial resistance has added to the challenges of sepsis, because first-line antimicrobials may not effectively treat resistant infections. This makes rapid diagnosis, and prompt, appropriate treatment critical.

While healthcare professionals play a primary role in fighting sepsis and antimicrobial resistance, everyone can meaningfully contribute to the fight by learning and sharing information with others. Knowing the symptoms of sepsis and acting quickly could save a life.

Severe cases of sepsis often come from infections that affect the whole body and spread through the bloodstream. Sepsis most commonly occurs in patients who have recently been, or currently are, hospitalized . Symptoms of sepsis, which include fever, high heart rate, confusion or disorientation, shortness of breath, and extreme pain or discomfort, are a sign that immediate medical attention is needed.

Infections that lead to sepsis are typically caused by a bacteria, but they can also be caused by viruses, fungi, or a combination of multiple pathogens.

Bacterial infections are the most common type of infections that lead to sepsis. Bacterial infections can develop in several ways, including from open wounds, surgical wounds, burns, and contamination of the urinary tract. Those with the highest risk of developing infections include children, the elderly, and people with compromised immune systems.

Approximately 15% of all infections are caused by fungi, and invasive fungal infections are an increasingly frequent cause of sepsis, particularly in critically ill patients. Candida species are by far the predominant cause of fungal sepsis, accounting for about 5% of all sepsis cases.

The most common cause of sepsis is pneumonia, a known complication of COVID-19. Pneumonia is severe lung inflammation that occurs in response to an infection in which the air sacs fill with pus, making it difficult to breathe. Overall, COVID-19 can have a vast impact on virtually all organ systems, and the severity of its impact on the organs is directly associated with survival. The similarity between this complication of severe COVID-19 and sepsis is noteworthy.

“Lungs, heart and other body systems work together like instruments in an orchestra,” Dr.  Panagis Galiatsatos, from John Hopkins Medicine, says. “In sepsis, the cooperation between the organs falls apart. Entire organ systems can start to shut down, one after another, including the lungs and heart.”

Research suggests that COVID-19 may lead to sepsis and sepsis-like complications due to several variables, including direct viral invasion, and/or the presence of a bacterial or viral co-infection. Even though researchers are still investigating the relationship between COVID-19 and sepsis, proper care for sepsis in patients with severe COVID-19 remains important.

Reduction in sepsis mortality is directly dependent on early identification and rapid initiation of appropriate antimicrobial therapy. Fast and accurate diagnosis may also shorten the length of a hospital stay and potentially help reduce the emergence of multidrug-resistant bacteria.

Bacterial infections are treated with antibiotics, while fungal and severe viral infections are treated with other types of drugs (antifungals and antivirals, respectively). Once the causative pathogen has been identified, antibiotic susceptibility testing can be conducted to determine the appropriate antibiotic therapy. Prompt antimicrobial therapy is crucial in the treatment of sepsis and for saving lives.

Healthcare teams consider the full picture when prescribing treatment, including the site of infection, the bacteria, and antibiotic sensitivity based on local patterns of antibiotic resistance. According to the authors of, Antibiotic Resistance in Sepsis Patients: Evaluation and Recommendation of Antibiotic Use, failure to define any of those elements can potentially lead to an inappropriate antibiotic selection. Appropriate use of antibiotics is critical for surviving sepsis.

Appropriate use of antimicrobials, or antimicrobial stewardship, also works to combat antimicrobial resistance (AMR). Because the spread of multidrug-resistant pathogens is occurring faster than the creation of new drugs to fight them, AMR is now one of the world’s biggest healthcare threats. Broad spectrum antibiotics, which are commonly used to treat patients until sepsis is diagnosed, can contribute to antimicrobial resistance. Efficient sepsis diagnosis and treatment is crucial in the fight against AMR.

9 years ago, September was designated as Sepsis Awareness Month (SAM) by the Sepsis Alliance. The goal of the month is to help saves lives—sepsis is the leading cause of death in U.S. hospitals. Learn more about how to get involved and how to help spread awareness by visiting the SAM Resources page. Also, check back all month long for more sepsis-related content!