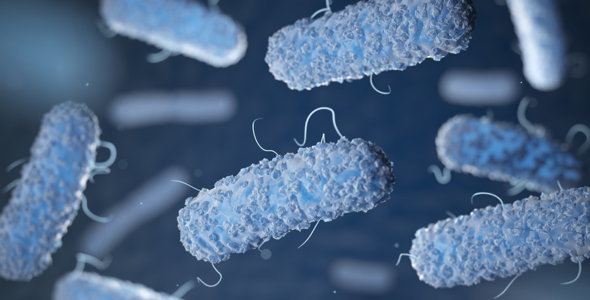 The threat of AMR is a global healthcare challenge, and stories from around the world attest to its magnitude. In 2017, a woman in Nevada died of a superbug that was resistant to 26 antibiotics. In India, cancer patients suffer from a high risk dying from a resistant infection while being treated with chemotherapy. In the U.S. military, doctors face an array of resistant infections developing in Afghanistan. AMR surrounds us, wherever we may go.

The woman from Nevada was infected with carbapenem-resistant Klebsiella pneumoniae, a  “nightmare superbug” that is part of the Enterobacteriaceae family. She was in her 70s and had been dealing with infections after breaking her thighbone a few years before, during an extended trip to India.  She had several hospitalizations in India due to infections, and two months after a hospitalization in India, she was admitted to a hospital in Reno, Nevada. Doctors in Reno discovered that the infection was resistant early during her treatment, and although Carbapenem-Resistant Enterobacteriaceae (CRE) like K. pneumoniae may respond to one or two antibiotics, in her case, none were effective.

Transmissible CRE infections have been recognized for the last two decades. The first major documentation of CRE occurred in Okazaki, Japan, in the 1980s. Today, CRE infections tend to be most common in India and Southeast Asia.  All infections spread more easily in parts of the world “where the misuse and abuse of antibiotics in humans and animals is amplified by inadequate hygiene and sanitation.”

For more information about the identification of CRE, view the webinar, “Carbapenem-resistant Gram-negative Bacteria: The Who, the Why, and the How”. The bioMérieux sponsored webinar is an optimal resource for Lab Technicians, Infection Control Practitioners and Pharmacists.

In India, bloodstream infections have become the leading cause of illness and death in leukemia patients. Nearly one fourth of gram-negative infections are resistant to carbapenems, and the risk of developing an infection increases dramatically in patients who have a weakened immune system from chemotherapy. Almost two-thirds of cancer patients with a carbapenem-resistant infection are dead within four weeks, vs. a four-week mortality rate of 38% in patients whose infections are sensitive to carbapenems. Doctors report that the last-resort antibiotic colistin is failing more frequently as well.

Those who serve the U.S. armed forces on the front lines also heighten their risk of developing an incurable infection. As the conflict in the middle east evolved, so did the challenge of treating infections that could not be cured with the antibiotics on hand. Resistant infections caused by Acinetobacter baumannii became so common in Iraq and then Afghanistan that the soldiers gave it a nickname: “Iraqibacter.” Acinetobacter baumannii has versatile genetic machinery that allows it to quickly develop resistance and tolerate hard environments.

An infectious disease doctor, Clinton Murray, who was deployed to the area to fight AMR, recalls a patient who lost both his legs after being hit by a roadside bomb. Infections from multiple resistant strains, including Acinetobacter baumannii and Klebsiella pneumoniae, developed in his stumps. The patient had to be given antibiotics that caused kidney failure. He healed, but for years, he continued to develop infections. Today, he still has to take antibiotics long-term to control them.

Around the world, the unregulated sale of antibiotics in human medicine and agriculture contribute to AMR. In Afghanistan, antibiotics are advertised on television, can be purchased without a prescription, and a 2019 article reports a strong cultural trend towards taking them unnecessarily. Families stockpile drugs for when relatives get sick, and just a single tablet can be purchased at a time. The scale of the problem is also unknown in many countries with unregulated systems. In many places, there is no formalized database and therefore no way to keep track of resistance patterns or antibiotic usage. Patient information is often handwritten and recorded in notebooks.

Poor and developing countries struggle immensely to combat resistance, which affects everyone, including local residents, tourists, business travelers, and U.S. military service members stationed there. Since 2009, the U.S. military has developed an Antimicrobial Resistance Monitoring and Research program. It took six years for the program to lower resistance rates and improve infection control, all with a $3 million annual budget. The reality is that AMR is a serious global challenge that has no easy solution, and developing countries’ struggle to combat it affect the rest of the world too.

Microbes in one country can easily migrate to another country, resulting in regional and global epidemics. The first carbapenem-resistant strain of Klebsiella pneumoniae was found in the U.S. in 1996 in a North Carolina hospital. By 2001, reports had increased drastically from the northeastern region, and soon expansion across the entire U.S. was evident. CRE infections are associated with mortality rates as high as 40%-50%, and their prevalence continues to increase.

CRE is rapidly emerging as a major threat, and the identification of carbapenem resistance is crucial to orient antibiotics and save lives. Resistant Klebsiella pneumoniae, in particular, has become endemic in an increasing number of countries around the world. Whether it’s in the U.S. or abroad, CRE is profoundly affecting our ability to recover from injury and fight conditions that suppress our immune systems. The sooner we can identify, treat, and report infections, the better chance we have at combatting antimicrobial resistance.

To learn more about carbapenem resistance, view the webinar, “Carbapenem-resistant Gram-negative Bacteria: The Who, the Why, and the How” presented by Allison McMullen, Ph.D., D(ABMM).