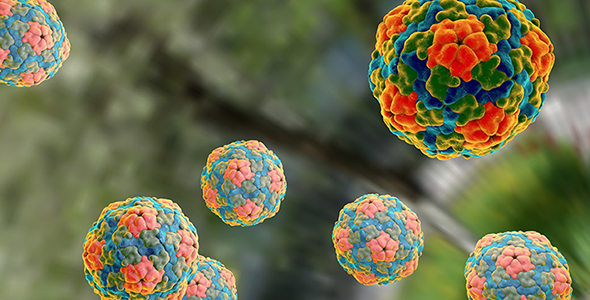 How Common is Hepatitis A?

Hepatitis A is one of the most common hepatitis viruses. In 2016, the CDC estimated 4,000 cases of Hepatitis A in the U.S. Of those cases, 70 patients died with Hepatitis A (HAV) as a contributing cause of death. Even though HAV rates have declined as much as 95% since the introduction of the of the Hepatitis A vaccine in 1995, the virus is a threat. Of the 4,000 cases estimated in 2016, only 2,007 were reported. This marks 2016 as having the highest number of reported cases since 2008.

How Does Hepatitis A Spread?

HAV can survive outside the human body for months. which can lead to food and drinks becoming contaminated by HAV at any point in the process, from on the farm to your table Boiling or cooking food can kill the virus; freezing does not. Frozen products ingested without being cooked have a higher chance of infecting consumers. The U.S. Food and Drug Administration (FDA) began looking into frozen berries as transmitters of HAV in November 2018. For more information, read the full bioMérieux Connection article on the current FDA Frozen Berry Sampling.

Can You Prevent Hepatitis A?

The U.S Department of Health and Human Services states that the best way to prevent HAV is to be vaccinated. The Hepatitis A vaccine is a series of two shots given two months apart. It is recommended that children are vaccinated at one year. Practicing good hygiene can help prevent the spread of the virus too, such as washing your hands before preparing food.

What Are the Symptoms of Hepatitis A?

A Hepatitis A infection can range from mild to critical. Most people who get HAV will feel ill for a considerable number of weeks and eventually recover. However, some serious cases may cause liver failure or death. Symptoms of HAV can appear abruptly. The virus can be transmitted up to two weeks before symptoms appear.

It typically takes four weeks for symptoms to appear after a person is infected. Children under the age of 6 may not have any symptoms. Symptoms typically last two months, although 10-15% of HAV cases may have symptoms for as long as six months. HAV is diagnosed with a blood test.