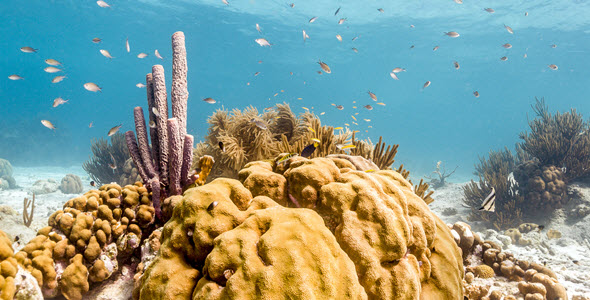 The phrase “Drug Discovery” comes from a time when new drugs were literally found, not engineered. Early drug discoverers learned how to extract anti-toxins, albumin, clotting factors and a host of other medicinal biologics from blood. And long before these discoveries, the ancient Sumerians, Egyptians, Greeks, and Chinese documented the medicinal benefits of countless plants.

More recently, scientists would trek to remote and isolated parts of the world to collect all the peculiar, unknown plants they could find. Back in the lab, these samples would be ground up and run through a battery of tests to determine what, if any, medicinal qualities they might have. This process gave us aspirin, digitalis, quinine, morphine and at least 100 other drugs derived from plants, many of which are still used today.

This type of innovation depended upon luck—the goal was to simply find something nature had produced but had yet to be discovered as medicinally useful.

With the isolation of insulin and the discovery of penicillin in the early twentieth century, drug development began to change to a more intentional process. Chemists created and isolated variations of molecules with known medicinal benefits with the goal of enhancing those benefits. With the help of modern chemistry, X-ray crystallography, and computer-aided drug design, scientists began to reverse engineer new drugs based on the structure and charge of the biological target they were meant to bind. Like stamping keys that conform to a known set of pin tumblers, rational drug designers can now engineer intricate molecules with a precise structure and charge configuration that makes them a perfect match to a biological target.  This process has given us drugs such as NSAIDS, COX-2 inhibitors, SSRIs, HIV antiretrovirals and many others.

With perhaps humanity’s greatest public health threat, antibiotic resistance, looming on the horizon, researchers are turning again to drug discovery, albeit a much more directed process that depends less on luck and more on a well-informed process of discovery.

In October of 2018, we reported on an Australian research team that isolated a promising new antibacterial protein from platypus milk. Now, a team from Florida Atlantic University (FAU) may have discovered a group of powerful antibiotics from the deep sea sponge.

Over the last three decades, marine biologists from FAU’s Harbor Branch Oceanographic Institute have been trolling the east coast of the U.S., the Gulf of Mexico, the Caribbean and deep waters off the European and African coasts for new and unusual marine creatures, including sea sponges. According to FAU, the team has collected a very large number of deep-sea sponges over the last 30 years using manned submersibles. These exotic sponges carry a diverse group of microorganisms—approximately 19,000 have been identified so far. Of these microorganisms, FAU has identified at least 1,000 novel strains of actinobacteria, which is a rich source of natural products like human therapeutics. In fact, actinomycetes produce more than half of the currently used antibiotic drugs.

In their recently published study, the FAU team examined 50 actinobacteria strains derived from their deep-sea sponge collection. Since these strains were collected from environmentally and geographically diverse locations, the team theorized that many of them could be rare actinobacteria and may be able to provide novel anti-infective agents.

Metabolite samples from these 50 strains were screened against a panel of bacterial pathogens that are to blame for some of the most serious healthcare-associated infections, including Staphylococcus aureus, Methicillin-resistant S. aureus (MRSA), C. difficile, and the invasive fungus Candida albicans, which has been linked to a growing number of sepsis fatalities.

The screening study revealed that more than half of the strains had anti-microbial activity in at least one assay. Several of the 50 strains demonstrated potent antifungal properties as well as anti-MRSA mechanisms.

Perhaps the most promising finding from this analysis was the identification of an actinobacteria strain that produces metabolites that appear to be more potent that vancomycin against C. difficile. Novel antibiotics for C. difficile are sorely needed: each year in the U.S., C. difficile infections impact 450,000 patients in the U.S. and cause 29,000 deaths.

“We have found that deep-sea microorganisms, especially actinomycetes, are an attractive, untapped source for the discovery of anti-infective agents,” said Guojun Wang, Ph.D., assistant research professor at FAU Harbor Branch. “In addition, the diversity of microbes we used in this study and their origins are quite novel.”