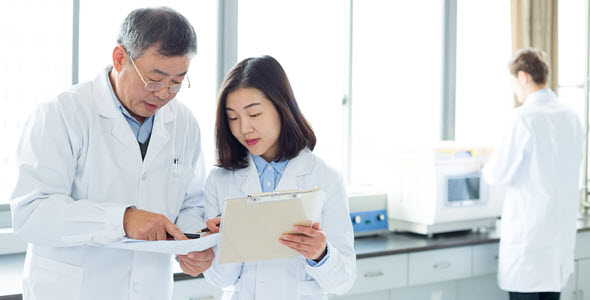 It often takes at least 24 to 36 hours to precisely identify an infectious pathogen—and therefore to discover the most targeted antimicrobial therapy—so clinicians have no choice but to use powerful broad-spectrum antibiotics in critical patients, like those with suspected bloodstream infections. These infections can quickly lead to sepsis, which escalates very rapidly and allows no time for delayed intervention.

The aim of a recent study lead by researchers at the University of Lyon was to evaluate the performance of a multiplex molecular testing platform based on rapid polymerase chain reaction (PCR) with a panel that simultaneously tests for 24 serious microbial blood infections along with 3 antibiotic resistance genes.

In this study, 153 blood culture bottles with positive growth were analyzed. Eleven bottles were confirmed to be false positives. All told, 134 monomicrobial (87.6%) and 8 double infections (5.2%) were identified in these cultures, with a total of 150 microorganisms. Globally, 137 (91.3%) of these 150 pathogens were correctly identified by the fully automated rapid multiplex PCR panel system at the species or genus level on “day zero” of growth, versus 117 (78.8%) by MALDI-TOF MS identification on nascent micro-colonies after a 4-hour culture (P < 0.01).

“By combining the two approaches, 140 (93.5%) of the positive bottles were identified successfully at day 0,” wrote the research team. These results confirm the “excellent sensitivity”  of fully automated rapid multiplex PCR  in positive blood cultures, notably in case of polymicrobial infections (including yeasts).