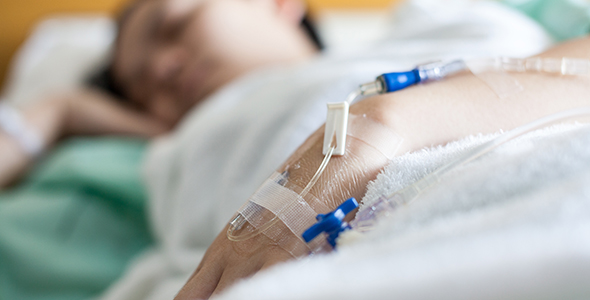 The CDC’s latest flu report indicates that the flu is currently less severe this season than at the same point last year.  At the end of the first week of this year, the overall flu hospitalization rate was 9.1 per 100,000; at the same point last year, the rate was more than three times higher, at 30.5 per 100,000.  Additionally, pneumonia and flu deaths have not exceeded the epidemic threshold at last report.  In contrast, the pneumonia and flu death rate remained above the epidemic level for 16 consecutive weeks last season.

Despite those lower severity indicators, flu has still taken a serious toll, as it does every year.  The most recent report from the CDC notes that 16 children have died from flu this season and estimates that up to 83,500 people have been hospitalized. Data since 2010 have shown a wide range in severity of flu seasons, with total hospitalizations ranging from 140,000 (2011-2012) to 960,000 (2017-2018).

As with most illnesses, people’s risk for getting a severe flu infection varies, with some groups more at risk than others.  While the overall flu hospitalization rate is much lower than last season, for adults over age 65, the rate is currently at 22.9 per 100,000, and for children under 4, it is 19.1 per 100,000.  Of the 240 adult hospitalizations reported for the week ending January 5, 2019, 90.4% had an underlying medical condition.  For the 74 children hospitalized in the same week, only 35.1% had an underlying medical condition.

According to their FluSight: Flu Forecasting, the CDC predicts that flu activity is likely to increase over the next several weeks, and that as of this writing, there is a 65% chance that the highest flu activity for this season will occur by the end of January, and a 95% chance by the end of February.