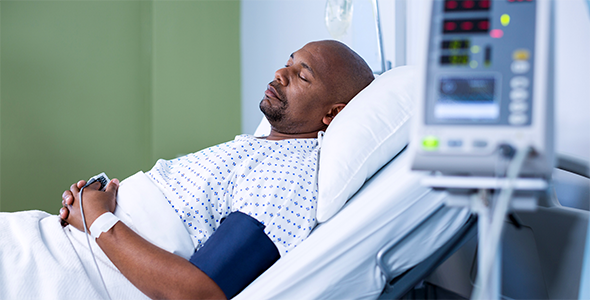 Trehalose, a type of carbohydrate (sugar), could hold the key to a new treatment for diabetes and other metabolic diseases, but it might also fuel more severe Clostridium difficile (C. difficile) infections. C. difficile and diabetes are both significant public health threats. The CDC reports that C. difficile infects nearly half a million Americans per year, resulting in around fifteen thousand deaths directly attributable to the infection, while over thirty million Americans have diabetes, with nearly eighty thousand directly attributable deaths.

In August, researchers from Washington University in St. Louis School of Medicine published a study in the Journal of Clinical Investigation Insight, suggesting that dietary trehalose, or an analog, may help treat metabolic diseases, including diabetes. Yet, earlier this year, a research team at Baylor College of Medicine published a paper in Nature, which suggested that addition of dietary trehalose to food products has contributed to the rise in particularly virulent C. difficile infections.

C. difficile infections are most common in healthcare settings, such as hospitals and long-term care facilities. Because diabetic patients are at increased risk of hospitalization, it is very important to understand how potential treatment with trehalose might impact those patients’ infection risk, both in terms of probability of acquiring an infection, and the risk of infection severity. A secondary question which needs to be answered is whether a trehalose analog could address those potential risks, or if might it pose a similar problem.

To get insight into those questions, we spoke with Dr. Brian DeBosch, senior author of the Washington University study.

It’s important to note that there are currently no data in humans or mice that specifically address C. difficile acquisition risk while on trehalose supplementation, making this topic currently speculative. Our conversation continues from that perspective.

“Because both ‘wild-type’ and epidemic strains of C. difficile grow quite robustly when fed glucose in a test tube,” Dr. DeBosch says, “it is difficult to conclude with the current data that dietary trehalose increases any given individual’s risk of C. difficile colitis.” And, “Because C. difficile is spread through contact with contaminated surfaces or through fecal-oral routes, there is no theoretical increase in risk for C. difficile infection in patients with diabetes on trehalose supplementation, when compared with diabetic patients on an unsupplemented diet.”

But, what happens once a patient gets a C. difficile infection? Could trehalose supplementation increase the risk of the infection becoming especially severe?

Dr. DeBosch points out that severity depends on the type of bacteria. Only certain strains of C. difficile, such as the epidemic strain RT027, produce the trehalase enzyme necessary to break down trehalose for fuel when environmental concentrations of trehalose are relatively low, as the Baylor team found to be typical in the lower intestinal tract. If a patient is infected with a wild-type strain, then supplementary trehalose is unlikely to make a significant difference in infection severity.

However, Dr. DeBosch says that if a patient is infected with the epidemic RT027 strain, “There are mouse data to suggest a higher risk of mortality with trehalose supplementation in the diet versus unsupplemented mice, and that treA might mediate this virulence.”

A recent JAMA article notes that Dr. Seth Walk, a microbiologist at Montana State University who was not involved in the Nature study is, “…especially cautious about overinterpreting the new findings because trehalose is being tested in clinical trials for conditions ranging from dry eye to bipolar disorder.” He states in the interview that, “It would be a shame if as a society we took [trehalose] off the table before we’re really sure that it’s a problem.” Additionally, recent studies show that RT027 strain incidence has decreased fifty percent between 2010 and 2014.

Further studies into the effects of trehalose on C. difficile infections are needed to clarify whether trehalose poses significant risk to patients. It’s also possible that, if dietary trehalose poses real risks, an analog of this sugar might ameliorate risk if it is resistant to the trehalase enzyme.

With current data, Dr. DeBosch believes that, “Trehalose and its analogs remain promising as therapeutics and as research probes to better understand carbohydrate metabolism in the liver and other tissues.”

Check out our coverage of the Baylor study published in Nature, about the role of trehalose in increased virulence of C. difficile infections.