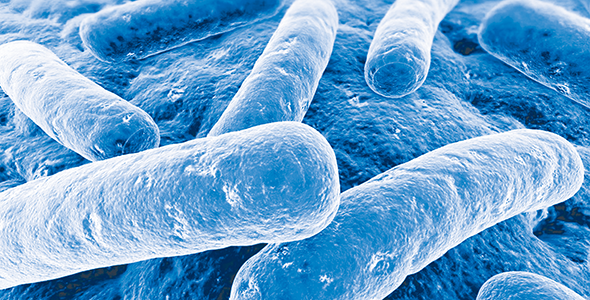 According to researchers at the Baylor College of Medicine, obesity, insulin resistance, and tooth decay are not the only ill effects of sugar. The team’s research suggests that that the dramatic increase in nosocomial Clostridium difficile (C. difficile) infections can also be attributed, at least partially, to a type of sugar called trehalose.

The occurrence of C. difficile infections in hospitalized patients has skyrocketed in recent years. It is now one of the most prevalent hospital-acquired infections in the United States, according to the Centers for Disease Control and Prevention. In 2011, the CDC concluded that about 500,000 patients acquired the infection during hospitalization and of those, approximately 29,000 died.

C. difficile infections typically afflict the elderly in long-term care facilities and hospitals and are linked to the use and over-use of antibiotics, specifically fluoroquinolones, cephalosporins, penicillins and clindamycin, according to the CDC. However, C. difficile infections are on the rise among patient populations without additional risk factors, including young healthy people without any history of recent antibiotic use or hospitalizations. According to the Baylor team, part of the rise in epidemic C. difficile infections may be linked to the recent increase in the use of the sugar trehalose in manufactured food products. The team proposed that, “The implementation of trehalose as a food additive into the human diet…helped select for their emergence and contributed to hypervirulence.”

Until recently, the use of trehalose in food production was cost prohibitive. But around 2000, a new manufacturing method was developed that brought down the cost of the sugar. As a result, its use has skyrocketed over the last 15 years.

To benefit from trehalose, C. difficile bacteria must metabolize it into glucose, a much simpler sugar. However, the typical C. difficile bacteria produce a protein called TreR that serves as a natural check on this process. TreR prevents the microbe from metabolizing trehalose to glucose unless there is a very high concentration of the sugar available.

When the Baylor team sequenced the genomes of two epidemic strains of C. difficile, RT027 and RT078, they found a point mutation on the TreR gene in the RT027 strain of C. difficile. The mutation allows RT027 to easily metabolize trehalose using an enzyme called trehalase, even when trehalose concentrations are low. They also discovered that, “RT078 strains acquired a cluster of four genes involved in trehalose metabolism, including a PTS permease that is both necessary and sufficient for growth on low concentrations of trehalose.”

To test the effect of trehalose on RT027 strain disease severity, the research team fed trehalose to mice infected with the strain, and their death rate rose dramatically. Specifically, the level of Toxin B increased significantly. Even though the numbers of C. difficile bacteria remained the same, the increase in toxin could contribute increased disease severity.

After testing for disease severity, the team demonstrated that a significant amount of dietary trehalose can survive transit through the small intestine, and that enough is available in humans for use by epidemic C. difficile strains.

On that basis, along with their other observations, the Baylor team suggested that, “The widespread adoption and use of the disaccharide trehalose in the human diet has played a significant role in the emergence of these epidemic and hypervirulent strains.”

2 Replies to “Could a Novel Sugar Additive Be Fueling the Clostridium difficile Pandemic?”