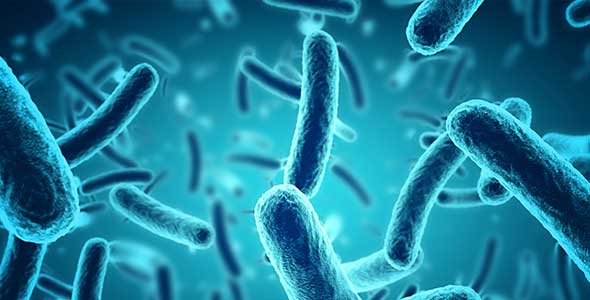 by the bioMérieux Connection Editors

A 4-week-old infant was admitted to pediatric ICU at the Lifespan Academic Medical Center in Providence, RI. The baby had a high fever, light sensitivity, tenderness in the neck and head, and was irritable and lethargic, with nausea and no appetite. It was difficult to awaken the child from sleep.

While high fever and GI symptoms are quite normal in infants, the combination of symptoms raised multiple red flags. Infants of that age are particularly vulnerable to infections because their immune systems are not fully developed.

Based on the symptoms, viral meningitis was the initial diagnosis. Fluids and bed rest is the typical treatment for otherwise healthy children (5 and older) and adults. Viral meningitis in newborns is typically caused by herpes simplex virus transmitted from the mother, but symptoms manifest soon after birth.

This child did not present symptoms until 4 weeks after birth. Viral meningitis can be fatal in especially young patients, so antiviral therapy was prescribed, along with broad-spectrum antibiotics in the unlikely case of bacterial meningitis.

Per clinical practice guidelines, a lumbar puncture was performed to specifically identify the causative pathogen in the child’s cerebral spinal fluid (CSF). Additionally, blood samples were drawn and cultured, and standard hematology and clinical chemistry testing were performed.

The results were unexpected. The pathogen was immediately identified as Salmonella. Since a child that young does not eat solid foods, Salmonella is not a common infecting bacterium. In fact, Salmonella would not be on the radar for most physicians in a case like this.

However, the incidence of childhood Salmonella is increasing with the growing popularity of keeping reptiles and amphibians as pets. In an article in the Archives of Disease in Childhood, epidemiologists in the UK report a dramatic increase in reptile-associated salmonellosis (RAS) coinciding with the increasing popularity of exotic pets. In the UK study, RAS cases were far more severe than other forms of childhood food poisoning; children in the study were 2.5 times more likely to be admitted to the hospital for treatment than non-RAS cases.

As a result of that study and a cluster of infant deaths resulting from RAS, The UK’s Chief Medical Officer issued updated guidance for owners of reptiles and amphibians.

Salmonella infections advance to sepsis very quickly, particularly in infants. However, Salmonella is not typically suspected in infants who are too young to eat solid foods. Standard biochemical analysis to determine the microorganism in this child’s CSF would have taken between 24 and 48 hours. By then, the child would most likely have become septic, which is highly fatal in children of that age.

The use of MALTI-TOF mass spectrometry to identify Salmonella in the child allowed clinicians to make a very rapid pharmacy change order within 24 hours of hospitalization. Upon identification, clinicians immediately replaced the antiviral therapy and broad-spectrum antibiotics with the recommended antibiotic IV bundle targeted for the rapid treatment of infant Salmonella meningitis. The child recovered completely and was discharged.