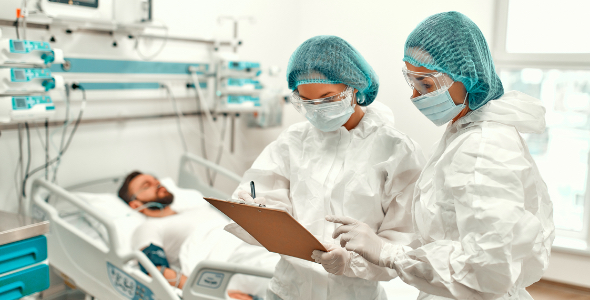 The World Health Organization (WHO) reports over 226 million confirmed cases of COVID-19 worldwide, including over 4.6 million deaths. As scientists continue to study SARS-CoV-2 and its variants, they are gaining valuable insight into how viruses are transmitted, progress into life threatening diseases, and lead to sepsis.

A study published in the European Journal of Clinical Microbiology & Infectious Diseases concluded that viral infections are under-diagnosed in patients with sepsis or septic shock. In a paper for Frontiers in Immunology, the authors write that, “Up to 42% of sepsis presentations are culture negative, suggesting a non-bacterial cause. Despite this, diagnosis of viral sepsis remains very rare.” However, the initial standard of care for all cases of sepsis, even those that are subsequently proven to be culture negative, is the immediate use of broad-spectrum antibiotics. They go on to state, “[T]his inevitably leads to unnecessary antimicrobial use, with associated consequences for antimicrobial resistance, effects on the host microbiome and excess healthcare costs.”

The COVID-19 pandemic has led scientists to further explore viral sepsis because of the frequency that patients with severe COVID-19 had symptoms resembling sepsis. The most common site of infection among patients with sepsis is the respiratory tract (64–68%). In critical cases of COVID-19, patients suffer from respiratory failure, septic shock, as well as multiple organ dysfunction or failure. Two major complications of COVID-19 are immunosuppression and hyperinflammatory response.

A pre-print 2021 meta-analysis found, “a considerable proportion of patients with COVID-19 present viral sepsis.” The authors also noted that some complications from severe COVID-19 may be unique to the disease, while others are common features of both viral and bacterial sepsis.

Although the current understanding of the pathophysiology of sepsis has improved, viruses as pathogens of sepsis have not received attention in proportion to their healthcare burden. The pandemic highlights why it is important to consider viral causes in septic patients when lacking evidence of bacterial, parasitic, or fungal infection.

To better diagnose and treat viral sepsis, additional research will be necessary. “Future studies should not only focus on understanding the host immune response in the development of sepsis, especially viral sepsis, but also explore how to stratify patients into more homogeneous subgroups on the basis of their pathophysiology,” say the authors of an article in European Respiratory Review. “The identification of biomarkers that can differentiate who might benefit from a specific intervention can help the application of new treatments into clinics with monitoring the effects of future therapies.”