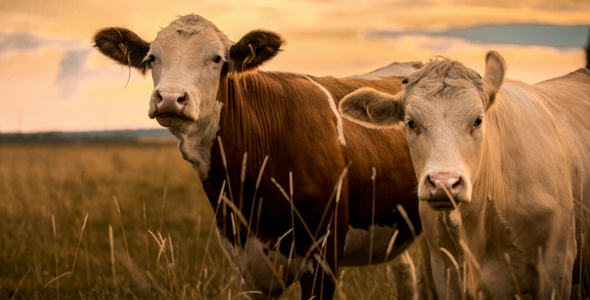 In the 1950’s, there was a revelation that adding antibiotic supplements to livestock feed could lead to increased animal growth. However, we’ve since discovered that this practice is one of the largest contributors to antimicrobial resistance (AMR). Antibiotic-resistant bacteria associated with animals can cause disease in humans, which may be difficult to treat and sometimes even untreatable. AMR arises naturally as microbes encounter antimicrobials; however, the overconsumption of antimicrobials, particularly in the agriculture sector, is accelerating the process.

Antibiotic use in livestock is predicted to account for approximately 70–80 percent of total antibiotic consumption worldwide. Additionally, it is estimated that as much as 90% of antibiotics consumed by animals are then excreted and released into the environment. Like humans, animals do not fully metabolize antibiotics and the presence of antibiotics in manure threatens to increase the existence of resistant pathogens.

Antibiotic use in livestock was recognized in 2016 by the United Nations General Assembly as a main cause of AMR. As a result, antibiotic use for growth enhancement in the US and many countries in the EU has been banned. In many other countries though, antibiotics are still added to animal feed to increase meat yields and are used for far more than infection prevention and treatment purposes.

Certain European countries have developed action plans for reducing the use of antibiotics in livestock as a whole and have been successful at doing so. An article published in Nature discusses how the European strategy for combating antibiotic use in livestock offers an effective and well documented roadmap for policymakers in the US to use as a template. In the US, the pig and cattle industries consume 81% of the livestock antibiotics that are sold. “These industries use antibiotics 3–6 times more intensively than their counterparts in Denmark or the Netherlands,” says the Nature article.

The three key interventions that the article acknowledges should be adopted by the US are to:

In the US, antibiotic use in livestock has improved over the years, but it still needs work. One practice that could benefit from immediate regulation is that of giving antibiotics to animals solely for infection prevention. This practice may explain why, even after antibiotic use for growth was banned, antibiotic sales only dropped by 21%. In the US, the majority of antibiotics that are considered important in human medicine are also sold for use in livestock. These important medicines “are given to entire groups of animals, even when none are sick,” says the Nature article. This opens the door for increasing resistance against some of the drugs used most commonly in human medicine.

There are many reasons why antibiotics are given to livestock for infection prevention. Beef cattle, for example, are often given antibiotics in their feed to prevent liver abscesses. Without the use of additional infection mitigation measures, the incidence of these abscesses could be higher if the drugs are withdrawn. Studies have also shown that the use of subtherapeutic antibiotics in animals such as cattle and hogs can allow the industry to save in production costs—costs that otherwise might be pushed to the consumer. The removal of subtherapeutic or prophylaxis antibiotics from the livestock industry would not be easy, though it would serve as a powerful avenue for combating AMR.

A major component of action plans to fight AMR in both healthcare and agriculture is the use of diagnostics. Among other benefits, diagnostic tools can give us a robust understanding of the presence of antibiotic-resistant bacteria in certain geographical areas. This includes resistance that has developed from antibiotic residuals in animal waste. Diagnostics can also allow the livestock industry to more appropriately treat animals who may have an infection, reducing or even eliminating the need for “infection prevention” antibiotics.

The US has a long road ahead to reduce the unnecessary use of antibiotics in agriculture. However, Denmark and the Netherlands in particular have made huge strides over the last few years that the US may be able to replicate. Through ambitious goals, halting use of unnecessary antibiotics, and proper tracking of antibiotic use and resistance in certain areas, we can work to combat AMR.