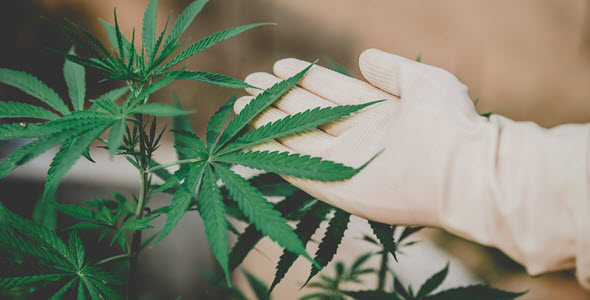 The MORE ACT is a landmark legislation; can you start by sharing your thoughts about its symbolism?

The Marijuana Opportunity, Reinvestment, and Expungement (MORE) Act represents the changing sentiments of the American public reflected at the federal level of US government. It is historic in the sense that it was the first legislation since the prohibition of cannabis by the Controlled Substances Act (CSA) to reach a vote on the House floor, and pass with bipartisan support. Although unprecedented, the Act received little action once it reached the Senate, and essentially expired with the closing of the 116th US Congress. As the 117th United States Congress convenes in 2021, we will hopefully see a similar Act put forth with bipartisan sponsors.

Looking at the regulatory landscape for microbiology, what will be the impact of the new changes? What trends do you anticipate? What are additional elements needing a focus which are not addressed in the MORE ACT?

The MORE Act establishes a framework for taxation of cannabis at the federal level. Revenues from this 5% tax are earmarked for support of ‘various programs and services for individuals and businesses in communities impacted by the war on drugs.’ However, there is little in the legislation in regard to product safety testing, and virtually nothing that would establish regulatory oversight for microbial contamination in cannabis. Therefore, most likely we can expect the regulatory landscape for microbiology to continue to be managed at the state level.

How do you see most states adapting and embracing the incoming reshaping of the cannabis industry? How will the outlined WHO (World Health Organization) & UN protocols impact the global industry?

The recent changes adopted by the UN were spurred by recommendations from the WHO for rescheduling cannabis from the most restrictive class with no medical benefits to a lesser restricted group with potential medical benefits. While the change in schedule internationally will likely accelerate broader global acceptance of cannabis, nuances remain and preclude full legalization. The UN vote by the 53 Member States of the Commission on Narcotic Drugs (CND) officially recognized potential medicinal and therapeutic uses for cannabis, but it will remain illegal for non-medical or non-scientific uses such as the ‘adult-use’ or ‘recreational’ markets we see in the US. Regardless, these events are likely to green-light facets of world-wide cannabis commerce, especially low-to-no THC products with CBD as the primary cannabinoid constituent.

In the US in particular, we are seeing states embrace the reality of cannabis commerce due to economic drivers that simply can no longer be ignored. States with cannabis-legal neighbors are aware their residents can cross the border and purchase products not available in their home state, contributing to tax revenues elsewhere while their home state misses out. Take Connecticut, for example, with Massachusetts, New Jersey, and soon New York markets all within a reasonable drive, the incoming state House speaker has recently deemed cannabis legalization inevitable.

As the industry has grown, so has the importance of microbial testing and knowledge in this segment. What will be the importance of [standardized], validated methods, such as [those sanctioned by] AOAC moving forward?

A large reason standardization is necessary in microbial testing is due to the public health risk associated with false negatives for pathogenic microbes such as Aspergillus, Salmonella and E. coli. In other words, a method must be suitable for detection of the target microbe in the cannabis matrix, without a chance that the cannabis material itself, or other ingredients such as chocolate, could obscure the target microbe and produce a negative result even in its presence. This is similarly true for other public-health based testing common for cannabis, such as pesticides or residual solvents. When there is a risk of sickening the consumer base, mitigation efforts need to be coordinated to reduce the probability and severity of risk outcomes, and routine batch- or lot-wise testing is one such mechanism.

Thank you to Dr. Ross for taking the time to answer our questions. We’ll have another Q&A next week, in which Dr. Ross will discuss how microbial contamination testing for cannabis is evolving to better protect consumers.

This communication is intended for a United States audience only.