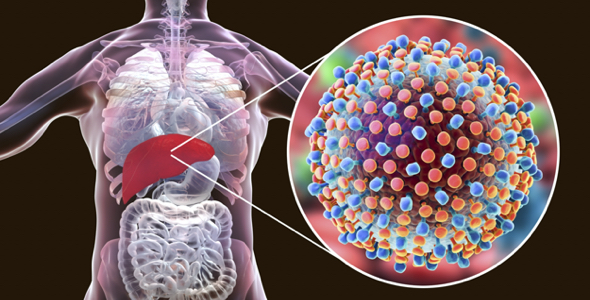 Viral hepatitis—a group of infectious diseases known as hepatitis A, B, C, D, and E—affects millions of people worldwide, causing both acute and chronic liver disease. Around the world, while deaths from diseases such as tuberculosis (TB) and HIV (human immunodeficiency virus) have declined, deaths from hepatitis have increased. Specifically, the annual rate of reported acute hepatitis C tripled from 2009 to 2018 in the U.S. There are more than one million deaths worldwide from viral hepatitis each year.

As major progress was made in reducing the impact of other diseases, hepatitis became what the World Health Organization (WHO) refers to as a long-neglected epidemic, causing devastating and complex health problems. No longer overshadowed, hepatitis has moved into the spotlight as one of the world’s leading causes of death. The WHO estimates that in 2015, hepatitis B and C infections, the two hepatitis viruses responsible for the greatest burden of disease, caused 1.34 million deaths worldwide and that deaths from hepatitis have risen by 22% since 2000.

How Does Viral Hepatitis Spread?

Hepatitis B and C are bloodborne infections, meaning they spread through blood. These infections also spread if infected blood, or bloody bodily fluids, touch mucous membranes or an open sore or cut. Mucous membranes are the moist parts of the body, such as the eyes, nose, and mouth. Hepatitis B (HBV) transmission occurs most commonly during infancy and early childhood, with mother to child transmission (MTCT) accounting for approximately half of the transmission routes of chronic HBV infections in endemic areas. Hepatitis C (HCV) transmission occurs most commonly through unsafe injections and medical procedures.

In addition to assisting with the development and implementation of national control and elimination programs, the CDC is working to combat hepatitis globally. In high burden countries, when possible, the CDC provides financial and technical assistance to immunization programs to help decrease the burden of HBV. They also help countries develop policies for surveillance, testing, care, and treatment to further combat all forms of viral hepatitis.

Vaccinations are the most effective way to prevent HBV infection. More than one billion doses of the HBV vaccine have been used since the early 1980s and has been shown to be effective in approximately 95% of cases. Generally, it is recommended that all newborns receive an HBV vaccination to prevent the infection from spreading from the mother to her newborn. Infants have a 90% chance of developing a chronic infection if infected at birth. There is currently no vaccine for hepatitis C.

Often, HBV and HCV infections are asymptomatic, especially in children under the age of 10 and those who are immunosuppressed. Additionally, more than 50% of HCV cases will progress to a potentially life-threatening chronic infection. Since HBV and HCV infections have such a high risk of becoming chronic in certain individuals, hepatitis screening is crucial. As of April 2020, the CDC recommends that all adults and pregnant women be screened for HCV. HBV and HCV can be diagnosed with a blood test.

Hepatitis screening involves testing a small sample of blood for antigens and antibodies to determine whether the individual has been infected. Antigens are foreign substances which invade the body. When the body is exposed to antigens, it produces antibodies as a part of its immune response. Hepatitis blood tests look for antigens or antibodies specific to each type of hepatitis virus.

HBV and HCV have different antigens that are present in different parts of the virus. In some cases, these antigens can be used to determine if a person is infected or has been infected. For example, HBV has three main antigens (surface, core, and e), some of which can be detected in the blood along with the antibodies produced from the immune system’s response. Because of this, the basic blood test for HBV consists of three screening tests. The HBV surface antigen test determines whether a person currently has the infection, the HBV core antibody test determines whether a person has ever been infected, and the HBV surface antibody test determines whether a person has cleared the virus after being infected. The surface antibody test can also determine if a person has been vaccinated and is now immune to future infections.

Currently there are no treatments available for acute HBV or HCV, however, several medications have been approved to treat those with chronic infections of either type. Chronic HCV treatments have improved greatly in recent years and current treatments usually involve 8 to 12 weeks of oral therapy, curing more than 90% of people. Although no cure is available for HBV, new HBV treatments are in development. Treatments for both HBV and HCV have become much more successful in the last 10 years in part because major progress has been made in the management of antiviral drug resistance. Provided that adequate monitoring and treatment adaptation are performed, antiviral drug resistance has become in many cases a controllable issue, maximizing the chances of long-term treatment success.

World Hepatitis Day is recognized annually on July 28, the birthday of Dr. Baruch Blumberg. Blumberg discovered the HBV virus in 1967, and 2 years later he developed the first HBV vaccine. Organizations around the world, including the WHO and the CDC commemorate World Hepatitis Day to raise awareness of the devastating effects of viral hepatitis, which impacts more than 325 million people worldwide. The observation creates an opportunity to educate about the burden of hepatitis infections and the actions that can be taken to prevent them.