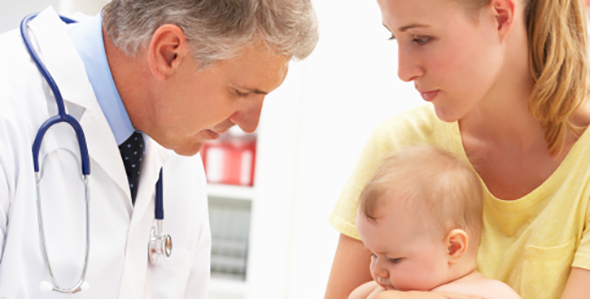 In May of this year, the publication of a new study, titled, “Acinetobacter baumannii Resistance Trends in Children in the United States, 1999–2012,” in the Journal of the Pediatric Infectious Diseases Society, led to a burst of media coverage that no doubt left many young parents uneasy, to say the least.

“Acinetobacter are bacteria known to cause serious infections and notoriously difficult to treat because of growing antibiotic resistance. The bacteria survive for long periods in the environment,” said the lead author of the study, Dr. Latania Logan, chief of pediatric infectious diseases and associate professor of pediatrics at Rush University Medical Center.

The Rush research project examined national and regional trends of antibiotic resistance in clinical specimens over a 13-year period. The data were taken from The Surveillance Network Database, a network of 300 laboratories distributed throughout the U.S. and compiled by the Centers for Disease Dynamics Economics and Policy in Washington, D.C.

Since there is no doubt that the incidence of antibiotic-resistant A. baumannii is trending upward, we sat down for an insightful Q&A with Seth Toback, MD, FAAP, Vice President of Medical Affairs for bioMérieux, to get the lowdown. Dr. Toback is a Board certified and licensed pediatrician with experience in office and hospital based clinical practice, Clinical Research and Medical Affairs within the respiratory, infectious diseases, allergy and vaccine therapeutic areas.

Q. How common is resistant A. baumannii?

As a general practitioner who saw children in the office and children hospitalized from common conditions such as appendicitis, I did not see this often. So in routine practice, it’s an uncommon organism. Yet during my training, I worked in both the Pediatric Intensive Care Unit (PICU) and the hematology-oncology floor where I took care of several patients with infections like this. These patients were often extremely ill children who had been in the hospital for weeks to months. Many of these children had risk factors for acquiring these infections such as having surgically implanted IVs (called central lines) or were undergoing mechanical ventilation.

Q. How serious is this infection, particularly in vulnerable patients?

Acinetobacter baumannii infections in children are quite serious and may result in prolonged disabilities and death. The bacteria can infect the blood, brain, heart and bones/joints, but the real reason it is such a terrible infection is its resistance to antibiotics. It contains genes that allow it to become resistant to many antibiotics at one time. Because of this, it is often very difficult to guess which antibiotics to begin when a sick child is first evaluated. Patients are often on the wrong antibiotic during the time required to identify the bacteria as it generally takes several days for laboratory testing to identify which antibiotic would be most effective.

Q. Which children are particularly vulnerable to this resistant infection?

Those children that spend prolonged periods of time in the hospital and/or ICU are at greater risk for these infections. This may be due to underlying high-risk medical conditions such as those undergoing cancer treatment or children with chronic conditions such as cerebral palsy, but it’s mostly the time spent in the hospital that puts them at risk. Also, previously healthy children who have prolonged hospital/ICU stays such as those who have suffered a trauma or major surgery are also at risk for Acinetobacter baumannii infections.

Q. What should parents do to help their kids avoid these infections?

There is little parents can do to help avoid a serious infection such as this. What parents can do is aid physicians to combat antibiotic overuse that can lead to the creation of antibiotic-resistant “superbugs”. Parents can request that adequate testing be performed for their children. Such testing should be able to differentiate between bacterial infections, which often will respond to an antibiotic, and viral illnesses, which will not. This is important for common childhood conditions such as sore throats and upper respiratory tract infections, such as the common cold, where many antibiotics are prescribed unnecessarily. It is equally important in the hospital and ICU where A. baumannii is more likely to be encountered.

Q. Why are kids the most vulnerable group for this pathogen?

Children are not specifically more vulnerable to A. baumannii infections than adults. More studies have been conducted in the adult population than in children, which could make this appear to be the case. The study by Logan et al. was one of the largest studies conducted in children where specific details on the antibiotic resistance trends could be captured and analyzed. The study did show a general increase in antibiotic resistance in this bacteria over the study period, but the resistance to our “last-hope” antibiotic has been decreasing, which is a positive sign.

Q. How frequently do these cases result in death?

In one study of children hospitalized in the intensive care unit who were infected with multiple drug-resistant A. baumannii, the mortality rate was as high as 30%. The greatest risk factors for death were an associated acute kidney injury and the presence of septic shock. Children in other settings such as a typical hospital floor may have lower mortality rates but are still at risk.

Q. What can be done from a public health point of view to control such infections?

Implementation of infection control practices and rational use of antibiotics are required to control such infections. This can be done in all healthcare settings, from the pediatric office to the pediatric intensive care unit. In addition, early diagnosis and treatment with the correct antibiotic will help decrease the morbidity and mortality associated with these infections.