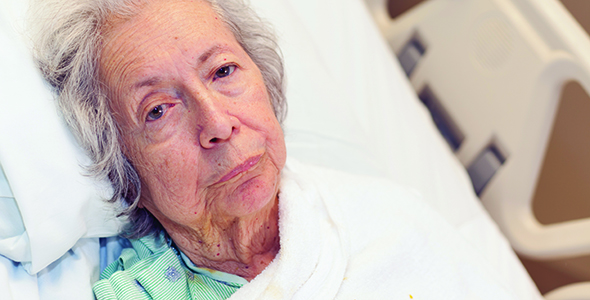 The May 2017 issue of the American Journal of Infection Control contained an eye-opening paper on the incidence of antibiotic resistant pathogens in nursing homes and long-term care facilities. “Prevalence of multidrug-resistant gram-negative bacteria among nursing home residents: A systematic review and meta-analysis,” by Sainfer Aliyu et al., selected 12 papers published between 2005 and 2016 following the Meta-Analysis of Observational Studies in Epidemiology guidelines.

The researchers found that:

Aliyu, who is a doctoral candidate at the Columbia University School of Nursing, and her co-authors also concluded that colonization was significantly higher in studies conducted in United States compared to other countries, 38% vs. 14%, respectively. Seven of the 12 studies were conducted in the U.S., 2 in Germany, and 1 each in Italy, Korea and Singapore.

In an interview with HealthDay, Aliyu said, “Someone who is colonized has the bacteria on them, but may not know it. They may not show any symptoms. But they can spread the germ to others, and they have the potential to become sick themselves.” This of course is a serious danger, considering that many residents of long-term care have compromised immunity.

David Gifford, MD, told HealthDay that it’s very difficult to say where within the continuum of care patients picked up these bugs. However, nursing homes and long-term care facilities are often criticized for poor hand hygiene, which could be among the causes.

Gifford said nursing homes need to do more but added that 90 percent of nursing home admissions come directly from a hospital.

“What we need to do is collectively work together to address this problem,” Gifford told HealthDay. “The findings from this study reflect the fact that—in the U.S. in particular—we administer antibiotics much more frequently than is necessary. As you give out more and more antibiotics, you’re going to develop more antibiotic resistance.”

Gifford is the senior vice president of quality and regulatory affairs for the American Health Care Association, which represents long-term care facilities in the U.S.