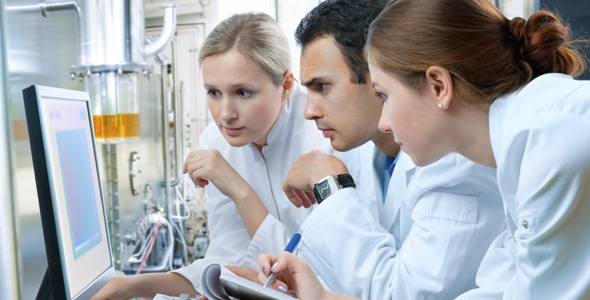 Sepsis is a leading cause of death in hospitals. Each year, at least 1.7 million adults in America develop sepsis and nearly 270,000 die as a result. Staph sepsis, sepsis caused by Staphylococcus aureus bacteria, causes severe illness or death in 20-30% of patients.

Some evidence suggests that a septic patient’s platelet levels may significantly impact their chance of survival in cases of staph sepsis. “Platelets secrete antimicrobial peptides that help the immune system destroy staph bacteria. At the same time, staph release an alpha-toxin that’s detrimental to platelets,” states an article published by UC San Diego Health about the study.

In the first stage of the study, researchers found that “approximately 31 percent of patients with low platelet counts died from [staph] infection, compared to less than 6 percent of patients with platelets above the threshold.” The threshold was defined as fewer than 100,000 platelets per mm3 of blood. Two medications, which have been approved by the FDA for other uses, protect platelets. During the second stage of the study, researchers determined that these drugs improved survival in mouse models of staph sepsis. Ultimately, approximately 60% of treated mice survived 10 days following infection, compared to only 20% of untreated mice.

“If we can reduce mortality in staph sepsis by 10% or 20% by arming or protecting the immune system, we can likely save more lives than discovering an additional new antibiotic that may still not cure the sickest patients,” says Victor Nizet, lead author on the study.

This does not mean that new antibiotics have no role to play—far from it. However, leveraging solutions to protect existing antibiotics—such as repurposing heart and flu drugs—can contribute to a holistic antimicrobial stewardship strategy. Holistic antimicrobial stewardship strategies investigate all ways to preserve the efficacy of antimicrobials. In addition to development of new antimicrobials, they also include elements such as repurposing existing drugs, performing epidemiologic surveillance, utilizing infection prevention and control practices, and implementing diagnostics. Importantly, diagnostics help clinicians detect and identify infections (such as staph) to tailor treatment and any antimicrobial use accordingly.

“Discovering a new drug is tremendously expensive and takes many, many years,” said Nizet for the UC San Diego Health article. “But if we look around at what we already have, what we already know to be safe, we may find many opportunities to improve patient outcomes.”