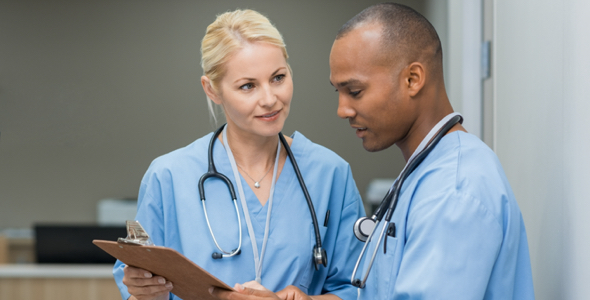 National Nurses Week kicked off on May 6 with National Nurses Day. Year after year, nurses are ranked the most-trusted profession in the U.S., and this year is no different. Many nurses make front-line impact at the bedside. They also serve at the core of initiatives that positively impact patient care and work to eliminate healthcare costs.

One of the largest causes of death in the U.S. and worldwide is sepsis—the body’s life-threatening response to a severe infection. Each year at least 1.7 million Americans develop sepsis and nearly 270,000 die as a result. Additionally, patients hospitalized with sepsis are eight times more likely to die during hospitalization.

Nurses are in a unique position to catch sepsis warning signs as early as possible and take the required steps to ensure their patients are treated properly. They can directly impact sepsis-related morbidity and mortality. Early identification and treatment are the cornerstone of sepsis management and nurses serve in a position that can help make that happen. “Being cognizant of the subtle clinical changes indicative of impending clinical decline can be critical for timely interventions and avoidance of poor clinical outcomes,” states a Lippincott Nursing Center article, and nurses have the ability to do this.

In 2015, Orange City, California-based St. Joseph Hoag Health was one of the first systems to implement dedicated sepsis nurses at its hospitals. Now, there is always at least one dedicated sepsis nurse on duty at all hospitals in the network. “The sepsis nurses aren’t the system’s only line of defense against the deadly condition—it also uses checklists and apps to coordinate care for sepsis patients—but the nurses play a critical role,” states a Kaiser Health News article covering the change.

At St. Joseph Hoag Health hospitals, all potential sepsis patients are monitored for at least 24 hours and receive a visit from the sepsis nurse. The designated sepsis nurse checks on patients, makes sure proper protocols are followed, and explains more about the condition to the patient and those close to them. The hospitals’ implementation of this protocol helped sepsis death rates drop from 12 percent to 9 percent within the first year after the program began. Over the same period, the number of patients who went into septic shock was halved.

This week, during National Nurses Week, be sure to thank a nurse for the work they do! 21st century nursing is the glue that holds a patient’s healthcare journey together. Across the patient experience, nurses work tirelessly to identify and protect the needs of the individual and save lives.