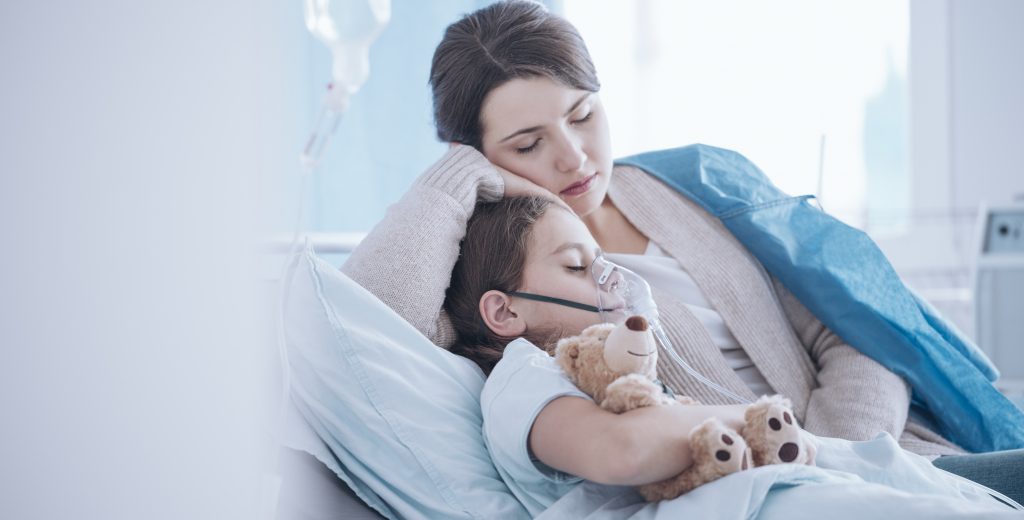 Parents know that kids get sick all the time. They also know that normally, the bouts of coughing and sneezing that accompany colds, or the nausea that accompanies a stomach bug, can be treated at home with rest, fluids, and over-the-counter medicines. However, sometimes a child develops a severe illness and can’t be treated with at-home care alone. These situations can be frightening for the parent and for the child, especially when it’s unclear what is making the child sick.

Many illnesses have the same or similar symptoms. For example, respiratory illnesses often come with symptoms like cough and fever, but can be a result of either a bacterial or a viral infection. Less commonly, fungi may cause a respiratory infection, mainly in patients whose immune systems are suppressed or compromised.

Often, a doctor will prescribe treatment empirically, which means they prescribe based on preliminary symptoms and any other immediately available clinical data. Then, they can order diagnostic tests that will help identify the cause of infection more specifically. When the doctor gets the test results, they can prescribe more targeted therapy if needed.

Rapid Testing for More Than One Pathogen at a Time

Testing methods can take varying amounts of time to complete and provide results.  The method or methods that are used can depend on the type of pathogen being tested, severity of illness, as well as test availability.

One method that can be used for multi-pathogen or syndromic testing is multiplex Polymerase Chain Reaction (PCR).  For situations where the illness is severe and symptoms could indicate several different types of infections, using a multiplex PCR testing panel can be helpful, because it can quickly check for a wide range of pathogens at the same time. The chemistry involved in this type of process is complex, but it can often provide results within hours, and sometimes less.  Especially when a patient is severely ill, the ability to get results quickly can be lifesaving.

The multiplex PCR tests have the ability to look for a panel of pathogens and markers that can indicate what antimicrobials will be best for the patient. The panels can be run on respiratory samples as well as blood, gastrointestinal, and many other sites of suspected infection. This diagnostic approach is called syndromic testing and it allows the doctor to identify more than one causative pathogen while taking advantage of faster turnaround times.

Why Diagnostic Testing and the Syndromic Approach are Important

As a parent, it is important to understand how diagnostic tests can help a child with a severe illness. The right tests help doctors make informed treatment decisions. Getting test results quickly means that doctors can provide any needed changes to therapy earlier, which can help save kids’ lives while also preserving the ability of antimicrobial drugs to fight future infections.