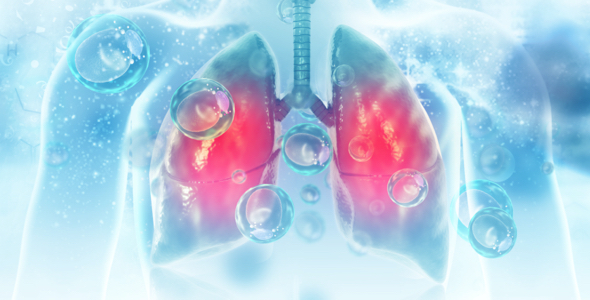 The Global Sepsis Alliance has stated that COVID-19 can cause sepsis, the body’s overwhelming and life-threatening response to an infection that can lead to organ damage and death. In the U.S., one in three patients who die in a hospital die of sepsis. Many different types of infections can cause sepsis, but the most common cause is pneumonia. Pneumonia is severe lung inflammation that occurs in response to an infection in which the air sacs fill with pus, making it difficult to breathe. Bacterial, viral and fungal infections can cause pneumonia and therefore sepsis.

Research suggests that COVID-19 may lead to sepsis due to several variables, including direct viral invasion, the presence of a bacterial or viral co-infection, and/or the age of the patient.

Two published case series about patients with severe COVID-19 from the Seattle, WA, area reported septic shock severe enough to require drugs to support the heart and circulation in almost 70% of patients. The overall organ damage among these patients was also substantial. More than 30% of patients in one series had evidence of liver injury and 75% had evidence of a depressed immune response. The other series reported acute kidney failure in almost 20% of affected patients requiring ICU care. In these studies, the great majority of patients tested negative for co-infection of bacteria and viruses. The lack of bacterial or viral co-infection suggests that the observed septic shock and/or organ damage may have been directly related to SARS-CoV-2.

While viral sepsis is a possible complication of SARS-CoV-2, viral infections alone generally do not cause sepsis as frequently as bacterial infections do. For example, seasonal influenza is commonly associated with bacterial co-infection that leads to severe illness. It is typically this kind of severe illness that requires admission to the ICU and causes ventilator-associated pneumonia. Often times, flu-associated bacterial co-infection is caused by pathogens that colonize in the nasopharynx—the upper part of the throat that sits behind the nose. Common bacterial pathogens that lead to pneumonia and sepsis include staphylococcus and streptococcus. From the case series previously discussed, COVID-19 may differ from seasonal influenza, causing sepsis more often by itself, rather than from a bacterial co-infection.

However, other data suggest that co-infection with COVID-19 may be more common. A study published in April 2020 investigated the co-infection rates between SARS-CoV-2 and other respiratory pathogens and found that more than 20% of positive SARS-CoV-2 specimens also tested positive for one or more non-SARS-CoV-2 pathogens. These specimens came from symptomatic patients, with symptoms ranging in severity. A retrospective study of hospitalized COVID-19 patients found an even greater likelihood of co-infection. The study showed that, of patients who did not survive, half had experienced a secondary infection. Of the non-survivors, 100% of patients had sepsis and 70% were noted to have septic shock.

In the case of COVID-19, the virus’s effect on the body as a whole and its relationship to sepsis are not yet well understood. This may be due to inconsistent testing for secondary pathogens and because researchers are still trying to determine what the best care and treatments are for COVID-19. While certain treatments seem promising, such as convalescent plasma, dexamethasone, or the antiviral treatment, remdesivir, they are still experimental. The current health of the patient, age, and presence of co-morbidities can also play a role in patient outcomes. Overall, COVID-19 can have a vast impact on virtually all organ systems, and the severity of its impact on the organs is directly associated with survival. Even though researchers are still investigating the relationship between COVID-19 and sepsis, proper care for sepsis in patients with severe COVID-19 remains very important.

18 Replies to “The Relationship Between Sepsis and COVID-19: What We Know”