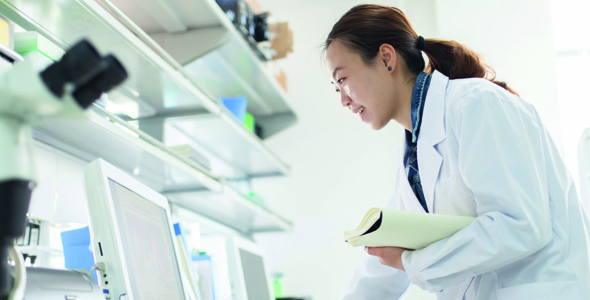 From 1404 to the middle of the 19th century, 31 flu epidemics were recorded, including eight large-scale pandemics, which killed millions of people and highlighted a need for international cooperation on public health. Cooperation began with the first International Sanitary Conference, held in 1851. A little more than 50 years later, in 1903, representatives agreed that a permanent international health bureau should be established, and the International Office of Public Hygiene was created in 1907.

Despite these early efforts, in 1918, the Spanish flu swept through the world, causing more than 50 million deaths, and becoming the deadliest pandemic of the 20th century. It was during this time that scientists began to suspect that bacteria were not the real causative agent of the flu.  After World War I, and on the heels of the 1918 flu pandemic, the League of Nations tasked themselves “to take steps in matters of international concern for the prevention and control of disease” and formed the Health Organization of the League of Nations.

However, it was not until 1933 that three English scientists at the Medical Research Council at Mill Hill isolated the influenza A virus for the first time.  A few years later, scientists discovered how to grow the virus in the membrane of hen’s eggs, paving the way for the modern-day flu vaccine. Large studies on flu vaccines began in December 1942. The objective was to protect individuals and the community at large through an effective vaccine and achieving high vaccination rates.

After World War II, the countries of the United Nations combined their international health efforts and formed the World Health Organization (WHO) in 1948 to direct and coordinate authority for international public health matters.  As scientists around the world discovered new strains of flu, they were better able to understand the relationship between the circulating viruses and those in the vaccines. These discoveries lead to the development of the WHO’s Global Influenza Surveillance and Response System (GISRS) in 1952.

Today, global influenza coordination continues to be led by GISRS. The network of labs monitor changes in the influenza virus to reduce its impact through the use of vaccines. The GISRS network consists of 142 national influenza centers (NICS) in 112 countries and six designated WHO Collaborating Centers. The NICS conduct influenza virus surveillance and study disease trends, while the WHO Collaborating Centers conduct further research and analysis on information and samples gathered by the NICS.

The World Health Organization holds vaccine composition meetings twice a year to make recommendations on the viruses to be included in vaccines for upcoming flu seasons, once for Northern Hemisphere and once for the Southern Hemisphere. The committee includes members from the WHO Collaborating Centers and four Essential Regulatory Laboratories that are held in Australia, Japan, the United Kingdom, and the United States. The three or four viruses that are determined to most likely cause illness during each flu season make up seasonal vaccines.

Viruses can mutate rapidly, producing new strains over time. Occasionally, a major change in a virus produces a strain so different from the others that humans have little or no preexisting immunity. This process is known as antigenic shift, and it can result in widespread, serious illness. Globally-coordinated epidemiologic and virologic surveillance is the foundation of the influenza vaccine virus selection.  Each year, worldwide coordination prevents millions of illnesses, medical visits, and hospitalizations through surveillance of prevalent strains and their effects on humans.