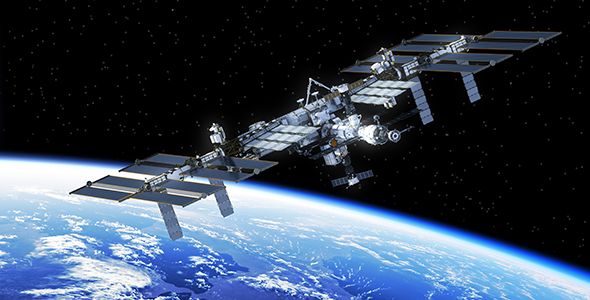 Thirty years ago, bioMérieux made its mark in St. Louis through the acquisition of Vitek Systems, Inc. On March 26th, we celebrated our St. Louis team for their dedication to helping save lives around the world. Like many modern medical innovations, Vitek Systems, Inc. resulted from space race research funded by NASA. In 2004, NASA published the article, “Down-to-Earth Safety From Space,” by Cheryl L. Mansfield, staff writer at the Kennedy Space Station, which describes NASA’s need to identify microorganisms while in zero gravity.

A little more than a decade prior, Susan Bartlett Foote published Managing the Medical Arms Race, which talks specifically about medical technology that came about as a result of the space race:

“Anyone who has spent time in a hospital is aware of the array of equipment used to monitor a patient’s condition. Many patients may not know that the needs of astronauts contributed to this technology. Patients undergoing a noninvasive ultrasound diagnosis are probably unaware that it was the navy’s search for tools to detect enemy submarines that generated understanding of this technology. Similarly, the intensive search for military uses for lasers has brought us promising treatments for cataracts and cancerous tumors.”

A year before that, D.J. Rouse and colleagues published the article, “NASA spinoffs to bioengineering and medicine,” which concluded that:

“Through the active transfer of technology, the National Aeronautics and Space Administration (NASA) Technology Utilization (TU) Program assists private companies, associations, and government agencies to make effective use of NASA’s technological resources to improve U.S. economic competitiveness and to provide societal benefit. Aerospace technology from areas such as digital image processing, space medicine and biology, microelectronics, optics and electro-optics, and ultrasonic imaging have found many secondary applications in medicine.”

According to Foote, 30,000 secondary applications of aerospace technology reached the market as of 1985. NASA’s technology transfer publication, Spinoff, breaks down its spinoff technology as follows:

However, health and medicine seem to be the primary beneficiaries of NASA research. In fact, it’s difficult not to encounter NASA technology in the modern healthcare setting. According to Foote and NASA’s overview of healthcare spinoff technology, published in 2008 for the space agency’s 50th anniversary, the following healthcare innovations either originated or were optimized for medical use thanks to NASA investment:

The same space race investment that lead to these technologies led to the founding of Vitek Systems, Inc., a McDonnell Douglas spinoff. As Foote describes in her book, “NASA also needed information about spacecraft conditions. For example, McDonnell Douglas Corporation, a firm with many NASA contracts, developed a device to detect bacterial contamination in a space vehicle. In another contract, it developed additional capabilities to detect and identify bacterial infections among the crew of a manned mission to Mars.”

To see photos of McDonnell-Douglas’ prototype device for the space program, visit this PDF of a 1985 issue NASA’s Spinoff magazine. See page 76.