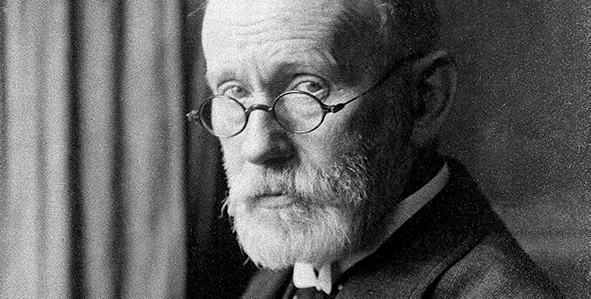 Paul Ehrlich was born in 1854 in the Polish town of Strzelin, which, at the time of his birth, fell within the Kingdom of Prussia. This Nobel Prize-winning physician made enormous contributions in the fields of chemotherapy, immunology, microbiology, and oncology. With the 1853 discovery of aniline dyes, Ehrlich developed a method to identify tissue types by staining them.

His work was foundational in the identification of blood cells and the development of modern hematology. He also developed a staining technique to identify mycobacterium tuberculosis that became the basis of Hans Christian Gram’s development of bacterial Gram staining, which is used countless times in thousands of labs around the world to this day.

Ehrlich also invented the first therapy for the treatment of syphilis and made numerous other contributions that have dramatically improved public health worldwide. On August 20th, 1915, Dr. Paul Ehrlich died at the age of 61. To learn more about his life and research, visit the Nobel Prize Foundation.