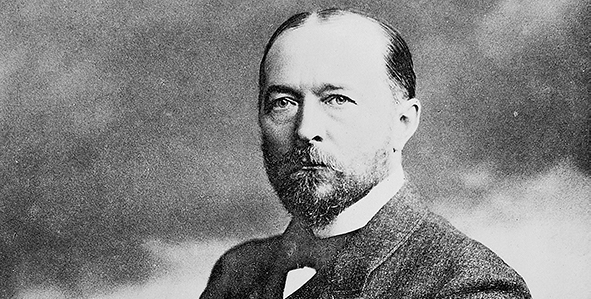 Emil Adolf von Behring was born in 1854 in the Polish town of Hansdorf, which at the time of his birth fell within the Kingdom of Prussia. Born the day after his fellow Prussian, Paul Ehrlich, Behring—like Ehrlich—is considered a founder of modern immunology and knowledge of bacterial infections.

Behring’s primary focus was on diphtheria and tuberculosis. Behring was awarded the Nobel Prize in Medicine 1901, “for his work on serum therapy, especially its application against diphtheria, by which he has opened a new road in the domain of medical science and thereby placed in the hands of the physician a victorious weapon against illness and deaths.”

Behring died in Marburg, Germany, on March 31, 1917. To learn more about his life and research, visit the Nobel Prize Foundation.