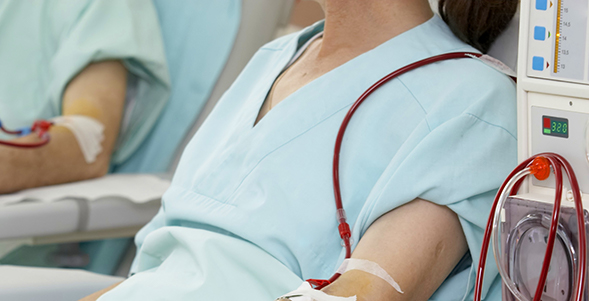 March is National Kidney Month and today, March 12, is World Kidney Day, a designation chosen by a global foundation of healthcare professionals to draw attention to the great suffering caused by kidney disease, as well as the enormous financial burden to treat this rapidly growing population of patients.

According to the Centers for Disease Control and Prevention (CDC), more than 5.1 million adults in the United States have kidney disease, based on a study conducted by the National Health Interview Survey using the CDC’s National Center for Health Statistics (NCHS). Vital statistics from NCHS show that in 2017, kidney disease was the 9th leading cause of death in America. More than 50,000 Americans died during that year from kidney disease.

The total number of U.S. fatalities is up from over 35,000 who died from the disease in 1999. The death rate from kidney disease, however, has held fairly steady since 1999, at around 13 deaths per 100,000 population, increasing to as high as 15.3 in 2010 before declining again. These data come directly from death certificates filed in all 50 states and the District of Columbia as part of the National Vital Statistics System.

March is also National Nutrition Month, because diet and nutrition are vital to kidney health, according to the CDC; in the U.S., 7 in 10 adults are either overweight or obese. NCHS collects a wide range of data that provide insight into what America eats. For example, nearly 37% of adults consume fast food on any given day, according to data from NCHS’s National Health and Nutrition Examination Survey (NHANES).

However, obesity is far from the only threat to kidney health. According to a recent CDC study, Trends in Hospitalizations for Acute Kidney Injury – United States, 2000-2014, published in Morbidity and Mortality Weekly Report last year, acute kidney injury—which is the sudden decrease in kidney function with or without kidney damage—is a rapidly growing risk for both diabetic and non-diabetic patients. Below are some key highlights of this 2018 MMWR study:

The MMWR study also sought to determine the rate of AKI among diabetes patients vs. non-diabetes patients: To estimate diabetes- and non-diabetes-related acute kidney injury trends, CDC analyzed 2000-2014 data from the National Inpatient Sample (NIS) and the National Health Interview Survey (NHIS) and came to a striking conclusion: “Age-standardized rates of acute kidney injury hospitalizations increased by 139% (from 23.1 to 55.3 per 1,000 persons) among adults with diagnosed diabetes, and by 230% (from 3.5 to 11.7 per 1,000 persons) among those without diabetes.”