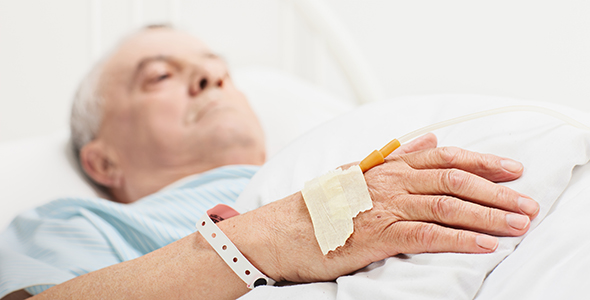 By the bioMériux Connection Editors

The U.S. Congress has taken an important first step in the recognition of sepsis as one of the leading causes of death in the U.S., according to, “The Stop Sepsis, Save Lives Coalition,” a newly formed organization of patient advocacy groups and healthcare companies, including bioMérieux Inc. On December 11th, Representatives Doris Matsui (D-CA) and Brett Guthrie (R-TN) introduced House Resolution 1175, with the stated goal of, “Supporting increased awareness of sepsis and the importance of early diagnosis and appropriate intervention.” The Senate will be introducing the same or a similar resolution soon, co-sponsored by Senator Roy Blunt (R-MO).

The representatives are seeking to bring national attention to sepsis, a condition where the body’s inflammatory response to an infection gets out of control, potentially leading to organ damage and often death. Sepsis affects about 1.7 million Americans and kills almost 270,000 annually, more than breast cancer, prostate cancer, and HIV/AIDS combined.

There is no direct therapy for sepsis; instead, sepsis must be addressed through early recognition of the syndrome and intervention with an evidence-based protocol. Doctors treat the underlying infection with appropriate fluids, antibiotics, vasopressor medications and other urgent care strategies. This is why rapid detection and diagnosis are vital in order to recognize the earliest signs of sepsis and begin intervention.

According to Thomas Heymann, President and Executive Director of Sepsis Alliance, “By introducing this bipartisan resolution, Representatives Matsui and Guthrie have taken a critical first step to drive broader sepsis awareness and emphasize the urgent need to seek treatment when there are signs and symptoms of sepsis.” The Sepsis Alliance is one of the founding organizations of the Stop Sepsis, Save Lives Coalition.

Orlaith Staunton, cofounder of the Rory Staunton Foundation with her husband, Ciaran, knows the deadly impact of sepsis firsthand. Their son, Rory, was only 12 years old when he passed away from sepsis after cutting his arm in gym class.

“By improving awareness and rapid diagnosis of sepsis, we can have a profound effect on the sepsis death toll,” she says. “This is a solvable crisis.”

While anyone can get sepsis, children like Rory and adults over age 65 are the most vulnerable to the condition. Susan Peschin, MHS, President and CEO of the Alliance for Aging Research, says that, “About two-thirds of all sepsis cases occur in people over the age of 65.” She highlights the importance of rapid diagnosis, noting that, “mortality from sepsis increases by as much as 8% for every hour that treatment is delayed. As many as 80% of sepsis deaths could be prevented with rapid diagnosis and treatment.”

About the Stop Sepsis, Save Lives Coalition

The Stop Sepsis, Save Lives Coalition was formed in summer 2018 to increase sepsis awareness and incentivize timely sepsis diagnosis and treatment. Comprised of key patient advocacy organizations and representatives from the diagnostics, device and pharmaceutical industries, its members currently include the Rory Staunton Foundation for Sepsis Prevention, Sepsis Alliance, the Alliance for Aging Research, bioMérieux, Hill-Rom/Welch Allyn, Merck, and the Antimicrobials Working Group.