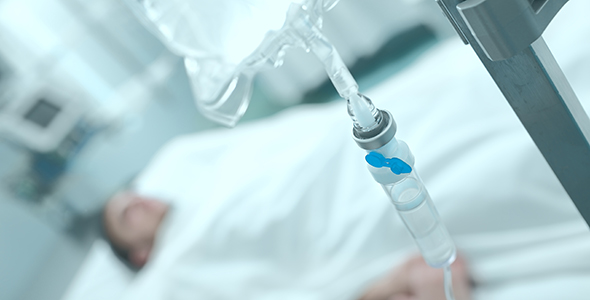 Earlier this month, we wrote about an Allegheny General Hospital study showing that antibiotic overuse could be dramatically reduced in patients with Acute Exacerbation of Chronic Obstructive Pulmonary Disease (AECOPD) by measuring circulating levels of the natural human protein Procalcitonin (PCT) as an indicator of bacterial infection.

Now, a group of researchers from the Memorial Hermann Southwest Hospital in Houston, have published the results of a similar study with equally impressive results. The team studied patients with a diagnosis of COPD exacerbation and who had a PCT level drawn within 24 hours of admission to the hospital.

PCT measurement was used to help guide antibiotic use in these patients. The Memorial Hermann team found that PCT therapy guidance was associated with a significant reduction in number of antibiotic days of therapy (7.1 days vs. 2.4 days; P < 0.001). In addition to lowering their exposure to unnecessary antibiotics, patients with low PCT levels were also discharged from the hospital faster (5.3 days in the hospital vs. 4.1 days; P = 0.080). Finally, the 30-day readmission rates among these patients due to respiratory symptoms did not differ, nor did the need for ICU admission and/or invasive mechanical ventilation.

According to the Memorial Hermann team, 90 percent of patients hospitalized for exacerbation of COPD receive antibiotics despite the fact that research shows over 50 percent these cases are caused by viral infections, not bacterial. In other words, an enormous amount of antibiotics are misused on hospitalized COPD patients in U.S. hospitals each year. The Memorial Hermann team believes PCT can help doctors safely reduce antibiotic overuse in COPD exacerbation patients.

“Implementation of a PCT-guided protocol for the treatment of COPD exacerbations was associated with a significant reduction in antimicrobial days of therapy,” the researchers wrote. “We noted a trend in decreasing LOS (length of hospital stay) and no difference in respiratory-related 30-day readmissions, or treatment failure. Our PCT-guided protocol has been demonstrated to safely reduce antibiotic utilization in patients with COPD exacerbations.”