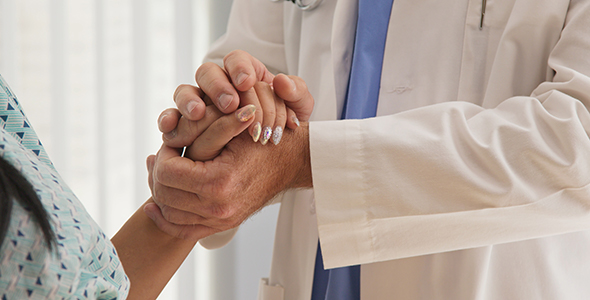 In my previous role as Clinical Pharmacy Specialist of Infectious Diseases at Medical University of South Carolina Hospital, Charleston, we encountered a young Cystic Fibrosis (CF) patient with six separate microbial infections, including 2 yeast and 4 bacterial pathogens. CF patients are extremely vulnerable to a variety of pathogens, but it’s highly unusual to see a polyclonal infection involving 6 separate species.

That this 21-year-old female patient cleared these pathogens with retained prosthetic material is equally unusual—an outcome that we attributed to a very rapid molecular multiplexing PCR test based on syndromic diagnosis.

The patient was initially thought to have a monomicrobial bacterial infection by Gram stain. But, by using a multiplex PCR platform, we were able to rapidly recognize specific gram-positive, gram-negative, and fungal organisms, as well as the resistance mechanisms present in these bacteria—all with a single test with a 1-hour turnaround. Using standard diagnostic testing, we may never have diagnosed all of these infections in time, nor found the optimal therapy combination to treat all six in parallel.

PCR stands for polymerase chain reaction, a widely used technique in molecular, or genetic, testing to amplify a single specific segment of microbial DNA/RNA to generate millions of copies of the DNA/RNA, making it much easier to detect the presence of a microbe that would have been undetectable without amplification. If the targeted strand is amplified, that means at least one copy of the gene had to be in the sample, which confirms the presence of the targeted microbe. PCR is like making thousands of photocopies of an original. A multiplex PCR test takes this technology to the next level by targeting multiple specific segments of microbial DNA/RNA in a parallel process.

The multiplex PCR platform we used in this case could detect 5 Candida species, 19 bacterial targets, and 4 bacterial resistance mechanisms all at once. The 24 organisms targeted in this test were not selected randomly. Most infections present as a syndrome, with signs and symptoms that are common to a multitude of potential pathogens. Unfortunately, most molecular diagnostics force clinicians to make a guess and test for only one or two, or several based on a Gram stain. The system we used eliminates this guessing and removes limitation of panel selection by Gram stain by rapidly targeting the most probable bacteria and fungi (other panels also include viruses and some include parasites) linked to a specific clinical syndrome.

This is a dramatic improvement in microbiology testing, because treating infections properly is a race against the clock, particularly in very vulnerable patients, such as those with CF. It can take 24 to 72 hours to detect a single pathogen with standard biochemical testing, and another 24 hours to learn what antibiotics will kill the specific pathogen. Imagine the delays in multiplying this timeline for 6 pathogens, as all organisms must first be separated to begin testing.

Rapid molecular testing platforms, such as the one used in this case, are beginning to shift the standard of care for clinical microbiology. For bloodstream infections in particular, rapid diagnostic methods have been shown to impact patient care by rapidly identifying pathogens and resistance mechanisms within hours of a culture becoming positive—24 to 48 hours before conventional microbiological methods.

This has aided empiric therapy decisions and improved patient outcomes. The time advantage of early identification of organisms with rapid diagnostics versus conventional microbiological methods is dramatic and can have a significant impact on patient outcomes, including this young CF patient who recovered from this dangerous polymicrobial infection.

Bloodstream infections have historically been reported as polymicrobial in 5% to 15% of cases. Regrettably, blood cultures may only detect 20% to 40% of the pathogens present in in polyclonal infection. So, it’s likely that many polymicrobial infections go under-reported. Multiplex PCR technology increases the sensitivity of detecting polymicrobial bloodstream infection by allowing identification of a multitude of common, clinically relevant organisms from positive cultures. Immediately following the initiation of multiplex PCR at Medical University of South Carolina Hospital microbiology lab, 11% of the first 215 consecutive positive cultures were polymicrobial, with five detecting three or more organisms.