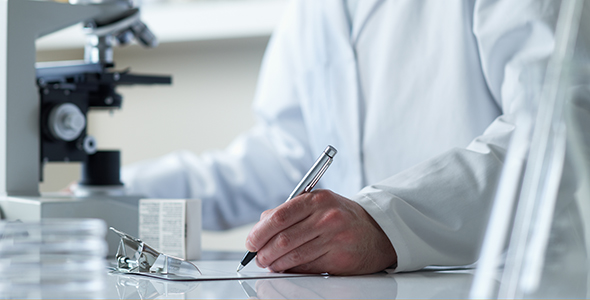 The incidence of Carbapenem-Resistant Enterobacteriaceae (CRE) infection in U.S. hospitals has been growing steadily for the last decade. This spread is due to the acquisition of the carbapenemase genes since the first carbapenemase producer was identified in 1993, according to the Centers of Disease Control and Prevention (CDC). Since then, resistance has spread to Enterobacteriaceae belonging to 3 classes of β-lactamases: the Ambler class A, B and D β-lactamases.

These infections are highly dangerous (with a mortality rate of approximately 40%, according to the CDC), because the carbapenems (imipenem, ertapenem, meropenem and doripenem) are last-resort antibiotics. There are no other drugs available to kills these organisms.

In 2015, the CRE strain of KPC (Klebsiella pneumonia carbapenemase) took the lives of seven patients at the National Institutes of Health Clinical Center near Washington, D.C.  According to the CDC, the first reported CRE case occurred in a North Carolina Hospital in 2001, and since then, cases have been identified in 41 states.

However, the national media took little note of this public health crisis until then CDC director Dr. Tom Frieden declared that, “CRE are nightmare bacteria,” in an official CDC statement.

In the U.S., the greatest concentration of cases occurs in the Northeast, with a particularly severe problem in New York City hospitals. But, until recently, cases on the West Coast were relatively rare, so it was quite a shock when our community hospital admitted a patient with KPC two years ago.

Our first documented case of CRE occurred in 2009.

The patient was originally from Puerto Rico and came to California after spending some time in the New York/New Jersey area. The patient had no insurance, so he was admitted to SJGH, which is the county public hospital.

The results were unusually pan-resistant Klebsiella pneumoniae. We phenotypically identified the isolate with ESBL + Carbapenemase (Metallo- or KPC) resistance mechanism. The automated test platform we use looks for resistance patterns and detects phenotypes for most organisms, providing accurate “fingerprint” recognition of bacterial resistance mechanisms.

Our system can detect as many as 100 resistance mechanisms in more than 99 organisms, and is invaluable to doctors and pharmacists as they decide the best possible way to treat a resistant infection.

Antibiotic-susceptibility testing platforms often rely on a “rules-based” algorithm to find resistance patterns, but phenotype-based systems compare a sample to a database of known resistant strains, which is updated on an ongoing basis. Our system includes a customizable software tool that allows users to create notifications when certain pre-specified mechanisms-of-resistance are identified. This was instrumental in our identification of this CRE case. The system red-flagged the specimen almost immediately, and we confirmed the result with a modified Hodge test for carbapenemase production. We then called the Centers for Disease Control and Prevention (CDC).

This was the first time I heard of a KPC isolate in the West Coast so we wanted to make sure the CDC was notified. They requested our isolate and confirmed our results several days later.

Unfortunately, this patient did not survive. However, with the rapid identification and susceptibility testing, we were able to quickly take steps to mitigate the spread of this highly dangerous organism. In multiple other cases where CRE organisms have quickly spread throughout an entire hospital, taking multiple lives, we were able to contain this infection.