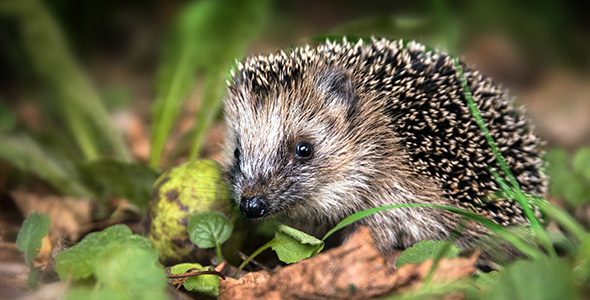 Antimicrobial resistance (AMR) is a worldwide phenomenon responsible for an estimated 1.27 million deaths in 2019 alone, and combatting it requires a comprehensive plan. The One Health approach is an inclusive global strategy that brings together human, animal, and environmental health. With antibiotic treatment administered to both humans and animals, it is important to consider how they may impact one another.

We sat down for a virtual interview with Dr. Mark Holmes, Professor at the Department of Veterinary Medicine at the University of Cambridge, to discuss his research, which revealed that up to 60% of hedgehogs carry a species of methicillin-resistant Staphylococcus aureus (MRSA)—a common type of antibiotic-resistant bacteria—on their skin. What’s more, Dr. Holmes and his team discovered that the MRSA colonized the animals prior to widespread human use of antibiotics. We wanted to understand what this might teach us about the emergence and transfer of antibiotic-resistant bacteria.

To deliver some insight into how and why this may have occurred, Dr. Holmes brings us back to the initial discovery of penicillin. As he explains, the fungus in Alexander Fleming’s research produced an antibiotic so that it wouldn’t need to compete with the bacteria for nutrients. Through the process of natural selection, the bacteria evolved to become resistant.

Methicillin-resistant Staphylococcus aureus (MRSA) is one of the most common antibiotic-resistant bacterial pathogens, responsible for 171,000 invasive infections each year in Europe. Following the introduction of methicillin in 1961, MRSA emerged in environments such as hospitals, communities, and among livestock.

As Dr. Holmes explains, bacteria thrive by either living in the environment, living on a host, or living on multiple hosts. It’s also important to know that bacteria can be transferred between species when they encounter one another, such as when humans interact with hedgehogs, cows, or cats and dogs. Before the study, dairy cows were presumed to be the most likely reservoir of a particular lineage of MRSA called mecC-MRSA. Cows are often given antibiotics and humans frequently encounter them, making them a likely breeding ground for the emergence and spread of resistant pathogens. It wasn’t until studies in Denmark indicated no presence of MRSA in cows that researchers suspected humans had encountered MRSA in other ways. Through DNA sequencing and a discovery by a PhD student, data on the prevalence of mecC-MRSA in humans and animals indicates that hedgehogs are likely to be a primary host in some countries. In this case, and as noted in Holmes’ research, hedgehogs seem to be the origin point for MRSA genes, but antibiotic use in humans has helped maintain those genes in certain S. aureus strains.

Dr. Holmes explains that once data indicated the heavy presence of zoonotic mecC-MRSA on hedgehogs, further research was conducted to determine if the emergence was linked to human use of methicillin. Through an analysis of the bacteria’s genomes, researchers were able to determine the period in which they believe the emergence occurred. Holmes concludes, “we were able to show that the most recent common ancestor occurred over 200 years ago, and that clearly predates the age or period when humans began to use a lot of antibiotics.”

Although it’s common in animals like hedgehogs and dairy cows, this particular mecC lineage of MRSA infection is rare in humans and does not typically cause problems. As summarized in Holmes’ research, the slim number of mecC-MRSA cases in humans compared to wild animals may be attributed to wild animals having more exposure to the environmental resistome than the human microbiota, making the animals more likely to acquire environmental antibiotic resistant genes.

However, the bacteria found on hedgehogs in this study represent a large reservoir of antibiotic resistance, further emphasizing the importance of an interdisciplinary approach to antimicrobial resistance and stewardship. Given that many infectious diseases are caused by zoonotic pathogens, Dr. Holmes encourages a One Health approach to better understand where the next challenge may arise, stating, “if you just study disease or antibiotic resistance in human beings, you will not get the whole picture.”