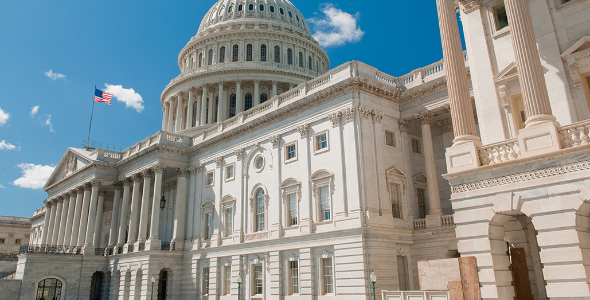 Antibiotic resistance (AMR) continues to pose a threat to the public as an estimated 2.8 million people in the United States are impacted by AMR each year. Of those, approximately 35,000 lose their lives. In addition to optimizing prescribing practices with antimicrobial stewardship programs, it is critical that research and development for new antibiotics is also prioritized as a means to combat AMR.

New antibiotic development is underway, but in limited capacity. The World Health Organization (WHO) reports that while 43 antibiotics are currently in the works, none of them adequately address resistance mechanisms among some of the most threatening bacteria. “The persistent failure to develop, manufacture, and distribute effective new antibiotics is further fueling the impact of AMR and threatens our ability to successfully treat bacterial infections,” says Dr. Hanan Balkhy, WHO Assistant Director General on AMR.

In addition to clinical efforts to fight AMR, legislation has an opportunity to make an impact with the Pioneering Antimicrobial Subscriptions to End Upsurging Resistance (PASTEUR) Act. Named after renowned microbiologist Louis Pasteur, the PASTEUR Act is a bipartisan House and Senate bill introduced in September 2020 that aims to support the development of new antibiotics alongside antimicrobial stewardship.

The PASTEUR act proposes actionable change for the way the US government pays for the much-needed innovation and creation of new antibiotics. Typically, revenue derived from pharmaceuticals is often tied to how much of a drug is sold. As a result, development efforts for drugs are often shifted toward chronic conditions for earning potential rather than value to public health. The PASTEUR Act would provide developers with contractual incentives to drive research and production for antimicrobials that best serve public health by treating infections and addressing AMR.

The bill also prioritizes investment in hospital antimicrobial stewardship programs (ASPs) through a new grant. ASPs are incredibly valuable when it comes to fighting AMR, and they help to improve patient outcomes, reduce inappropriate use of antibiotics and lower health care costs. A portion of the proposed funds would also be allotted to assisting hospitals with AMR reporting per regulatory requirements.

Stewardship is Critical for Preserving the Efficacy of New Antibiotics

Antibiotic stewardship is vital to the long-term success of antimicrobial preservation, including for newly developed antibiotics. The necessity to hold new drugs in reserve and limit their use makes legislation such as the PASTEUR Act even more critical.

Without adjustments to the financial structures and profit motives surrounding antibiotic development, good stewardship practices, which are critical for public health and antimicrobial preservation, may continue to contribute to disincentivizing new drug development. The PASTEUR Act could help pave the way for new antibiotics while supporting antimicrobial stewardship programs.