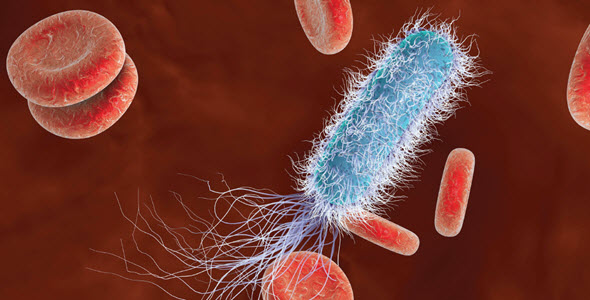 Sepsis occurs when the body’s immune system over-reacts to an infection, leading to severe inflammation that can disrupt organ and tissue function. It is life-threatening and is estimated to cause 11 million deaths per year worldwide. Despite that, sepsis has historically been, and often continues to be, difficult to diagnose because of a range of complicating factors. To diagnose sepsis, clinicians assess a patient’s symptoms and often utilize a range of diagnostic tests and biomarkers to assist decision-making.

Clinical knowledge of sepsis and available diagnostic tools have expanded over the years and continue to do so. In a recent report published in the Journal of Experimental Medicine, researchers describe a particle that they discovered in the bloodstream of sepsis patients, which they believe could lead to new insights into the immune system. Because the immune system response is critical in development of sepsis, improving our understanding of how it works is important. The particles, which the researchers call, “Elongated neutrophil-derived structures (ENDS),” were found in blood plasma in mice with septic shock, as well as in human patients with sepsis.

“ENDS are not normal—they are not detectable in healthy people or mice,” Dr. Klaus Ley, senior author of the study, says in an interview at La Jolla Institute for Immunology (LJI). “But ENDS are very high in sepsis, and I would not be surprised if they were high in other inflammatory diseases.”

According to the LJI article, the research team was not initially looking to discover a new particle—instead, Dr. Alex Marki, the first author of the paper, was studying how neutrophils move in the bloodstream and into tissues to fight infections. In the process, Dr. Marki noticed what appeared to be long, thin pieces of neutrophils in blood plasma samples from living mice that had never been described before in scientific literature. Intrigued, the team developed new techniques and utilized advanced imaging to further study the phenomenon.

They found that ENDS form from tube-like structures, called “tethers,” that neutrophils produce as they roll along through the blood vessels. The tethers stick to the vessel wall, stretching out as the neutrophil continues to move and eventually get so thin that they snap, leaving behind the fragments that Dr. Marki first identified. Because those fragments don’t have any of the cell structures necessary to keep them alive, they die. However, the team found that in the process, ENDS secrete signaling molecules that promote inflammation.

When the researchers looked for ENDS in human blood plasma samples, they found that, like mice, ENDS were far more common in septic patients. Compared to healthy individuals, the team found that ENDS are about 100 times more detectable in patients with sepsis.

While it is possible that ENDS could eventually serve as a biomarker for sepsis diagnosis, Dr. Ley says, “Right now, the assay is not practical because it takes specialized instrumentation.” The researchers are not yet sure why ENDS form in patients with sepsis, so they are eager to learn more. “I’d like to study blood from several time points from each patient—to see the dynamics of how ENDS change,” Dr. Ley says.