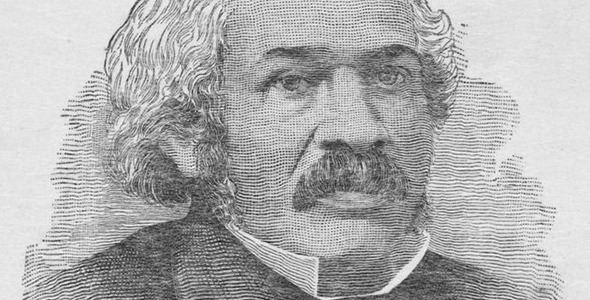 Dr. James McCune Smith was one of the most accomplished intellectuals and activists in America. He may be best known for his success in abolitionist politics; however, his pioneering influence in medicine is equally remarkable. As the America’s first black doctor, Dr. Smith paved the way for African Americans in the medical field, while committing his life to working for economic and social justice.

Dr. Smith was born in New York on April 18, 1813. His mother was a former slave who purchased her own freedom, while his father is believed to have been either a white merchant or freed slave. Growing up, Dr. Smith attended the African Free School in New York City. From the sparse records of his work, Dr. Smith was described as a brilliant student, and samples of his performance show his exceptional talent in both writing and drawing. Dr. Smith was chosen to deliver the welcoming address to General Lafayette during the general’s visit to the school in 1824—he was 11 years old at the time.

After graduating from the African Free School, Dr. Smith wanted to become a doctor. However, medical schools in the United States did not yet accept students of color. Dr. Smith’s applications were denied by numerous American schools, so he chose to attend Glasgow University in Scotland. Dr. Smith earned three degrees over five years, including a doctorate in medicine. After graduating at the top of his class and completing an internship in Paris, Dr. Smith returned to New York in 1837. He opened a pharmacy and medical office that served both black and white patients, located on 93 West Broadway.

In addition to owning his practice, Dr. Smith was an active abolitionist, educator, and physician. He served as chief physician at the New York City Colored Orphan Asylum and was an accomplished statistician, medical author, and social activist who worked to end slavery. He wrote about medicine, science, education, and racism, and quickly emerged as a powerful anti-slavery lecturer and writer. Together with abolitionists including Frederick Douglass, Gerrit Smith, and John Brown, he helped found the Radical Abolitionist Party and establish the National Council of the Colored People. His pharmacy also assisted people escaping slavery.

In addition to his many impressive accomplishments, Dr. Smith also authored the first case report ever written by an African American physician, which discussed opioid use in women. Because of his race, he was not allowed to present the case before the New York Medical and Surgical Society, so Dr. John Watson, who consulted with him on the case, did so instead. The case was eventually published in the New York Journal of Medicine.

Dr. Smith passed away in November of 1865, just a few weeks before slavery was abolished in the United States. His analytical writing and public lectures had a profound impact on the abolitionist movement and his contributions to medicine opened the door for African Americans in the medical field.