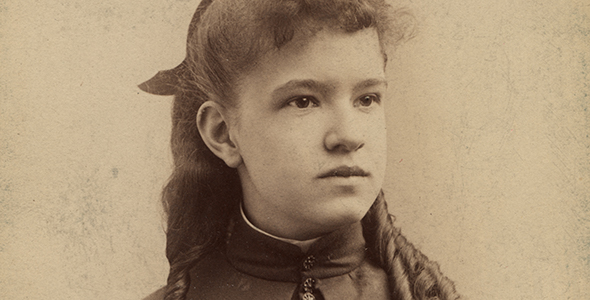 Florence Sabin had hoped for a career as a pianist, but upon entering her high school years, she was frankly informed that her musical talent was merely average. It was this fact that lead her to her career as a scientist, which was, without a doubt, far from average. Sabin’s works included studying embryology and the lymphatic system, as well as tuberculosis. Equally important as her accomplishments in microbiology was her lengthy list of ‘firsts’ for women in her field.

Sabin was born in 1871 in Denver, Colorado. When she was seven years old, her mother passed away from puerperal fever. After her mother’s death, Florence and her sister Mary were raised by their uncle and grandparents. Sabin showed promise in the fields of math and science from an early age, and after high school, she attended Smith College, where she studied zoology. The physician, Dr. Grace Preston, at Smith College encouraged Sabin to study medicine at Johns Hopkins’ new co-educational School of Medicine.

In 1893, after graduating from Smith College, Sabin was admitted into the Johns Hopkins School of Medicine. It was the first year the school had accepted any women; she was one of 14 in a class of 45 total students.

Her skill and originality in the laboratory attracted attention. The chair of the anatomy department, Franklin P. Mall, took notice of Sabin’s work and mentored her throughout her research. He encouraged her to think outside the routine realm of applied science and focus on pure research.

After Sabin earned her medical doctorate and interned for a year at Johns Hopkins Hospital, she won a research fellowship from the Baltimore Association for the Promotion of University Education for Women. This led her back to Johns Hopkins to continue her research. In 1902, she became the first woman faculty member and was later promoted to full professor in 1917. She was the first woman to hold the title of professor at the Johns Hopkins School of Medicine. Throughout her tenure at Hopkins, Sabin’s research centered on the development of the lymphatic system with a focus on embryology. She also perfected a technique that allowed for the study of living cells.

“At her goodbye dinner upon retiring from Rockefeller, Sabin said that ‘the most interesting thing about it all is that, in the last few weeks, I have just discovered that everything I have been doing in these last few years is all wrong.’ She was teasing, but she made her point: you learn from your mistakes,” noted Eliza McGraw, writer for the Smithsonian.

After her retirement in 1938, Sabin moved back to Colorado, where she chaired the post-war Health Committee. Many biographers refer to this as the third stage in her career, the first being her research at Hopkins and the second being her research at Rockefeller. Following her time on the Health Committee, Sabin served as the Manager of the Denver Department of Health and Charities. In this position, she worked to improve the city’s sanitation and enforce health regulations. During her tenure, the frequency of tuberculosis and syphilis in Denver was greatly reduced.

For Sabin’s era, she was likely the best-known female scientist. Throughout her lifetime, Sabin received numerous awards and honors, including fifteen honorary doctorates. The state of Colorado honored Sabin by placing a statue of her in the National Statuary Hall in the United States Capital.

The bronze statue depicts her sitting, in a lab coat worn over a skirt and high heels, with a tilted head. One arm drapes over the back of the chair and the other rests on a book. McGraw writes, “There’s nothing dreamy about her posture. You can have a minute—if it’s important—but that’s about it. Dr. Sabin is at work.”

More information on Dr. Florence Sabin and her contributions to microbiology can be found on her biographical pages from the U.S. National Library of Medicine.