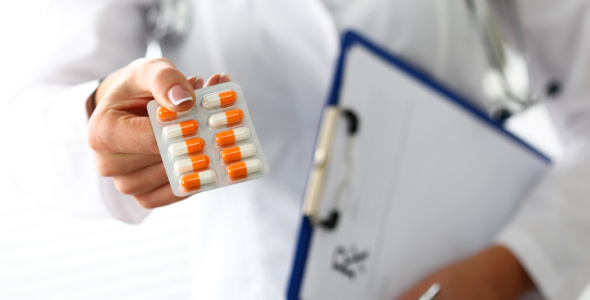 In August 2019, the CDC released an update on antibiotic use in the United States. The update includes data on antibiotic stewardship programs and resources, from 2018 studies. The CDC is continuously working to improve antibiotic prescribing and use as a part of the Antibiotic Resistance Solutions Initiative.

According to the report, overall antibiotic prescribing decreased by 5% from 2011 to 2016. However, the CDC still concludes that when antibiotics are needed, outpatient clinics often favor drugs that may be less effective over targeted first-line drugs, recommended by national guidelines. Exact prescription numbers vary among age groups and regions, and data variations show areas where prescribing can be improved.

The number of hospitals that reported having an antibiotic stewardship program meeting all seven of CDC’s Core Elements of Hospital Antibiotic Stewardship Programs almost doubled from 2014 to 2017. The seven core elements are leadership commitment, accountability, drug expertise, action, tracking, reporting, and education. This increase is likely driven by many factors, one being new accreditation requirements for hospitals.

The report also found that healthcare providers in urgent care centers prescribed antibiotics unnecessarily for respiratory illnesses that don’t require antibiotics 46% of the time. This is higher than unnecessary prescriptions from emergency departments (25%).

To effectively treat infections, protect patients from the effects of unnecessary antibiotic use, and combat antibiotic resistance, improving the way we prescribe and use antibiotics is crucial. The United States has made some progress in improving antibiotic prescribing and use, but many opportunities still exist.

More information on the findings of Antibiotic Use in the United States 2018 Update can be found on the CDC’s 2018 Update: Progress and Opportunities page.