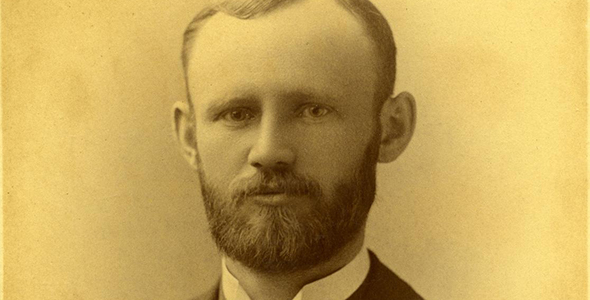 Frederick Novy served an extensive career pioneering the development of microbiology as an academic discipline and field of research, and he assisted in setting the framework for modern medical science. Before his time, microbiology was focused on disease prevention, but Novy made extensive strides to further the understanding of microbes at their deepest levels. Through research, discipline, and teaching, he persuaded others do to the same.

“Novy was among the last survivors of that eager group of young American biologists and hygienists who journeyed to Europe in the 1880s to work in the laboratories of Louis Pasteur and Robert Koch and learn the fundamentals of the new science of bacteriology at first hand,” noted biographer Esmond R. Long.

As for his most notable contributions, Novy studied methods for artificial cultivation, resistance of trypanosome infections, and spirochetes, among many other subjects. His work was geared towards understanding microorganisms and their relationship with the environment. As a teacher, he stressed the scientific method and technical proficiency.

Novy’s teaching methodology increased students’ familiarity with the latest scientific techniques. His methodology was meticulous and exacting work that changed the entire scientific field while he taught, according to Powel Kazanjian, M.D., Ph.D, professor of internal medicine at the University of Michigan.

“Before Novy, medicine was an experiential profession with a focus on healing,” Kazanjian wrote. “Novy was among the first generation of full-time researcher-educators who came along and introduced a new focus—the search for exact truths in the laboratory.”

Novy was born in the winter of 1864, in Chicago. His parents had emigrated from Bohemia, now a part of the Czech Republic, the same year. Novy’s mother had been a milliner and sold her heritage, or property, to make their trip to America and new home possible. As a boy, Novy was interested in science from an early age, setting up his own chemistry lab under the back steps of the multi-unit dwelling where his family lived, wrote Lara Zielen, an author for Medicine at Michigan. After Novy blew up the steps by accident, his father moved his experiments to the backyard woodshed.

Novy attended public school in Chicago and then entered the University of Michigan in 1882 to study chemistry. He graduated in 1886 and went on to peruse an M.S. and Sc.D. of physiological chemistry before receiving an M.D. in 1891. After training in the laboratories of Robert Koch in the summer of 1888, Novy returned to Michigan to continue his research understanding microbes and germs. In the fall of 1889, he launched a course dedicated to bacteriology, and by the following year, it was required for all students. Novy was made a full Professor and head the University of Michigan Department of Bacteriology in 1902.

In 1901, Novy was commissioned by the Secretary of the Treasurer in San Francisco to investigate suspicion of the bubonic plague. The three-man team, also including Simon Flexner and Llewellys F. Barker, ultimately decided the disease had become an epidemic. Their research paved the way for the development of prevention measures.

Throughout his career, Novy obtained many prestigious accomplishments and honors for his work. He was a member and president of several societies and an honorary lecturer multiple times. In 1924, he was elected to the National Academy of Sciences; in 1930 he was a gold medalist of the American Medical Association, and in 1934 he was elected to the American Philosophical Society.

Novy earned the reputation of a disciplinarian, because of his insistence on control within his work, and logic in teaching. As a researcher and a teacher, his criticism was said to be stingingly incisive with a biting wit. In 1933, Novy was elected Dean of the University of Michigan Medical School. He retired in 1935.

After retirement, Novy had many years to look back upon the science to which he contributed. He considered himself an old-time bacteriologist and always listed himself as such. In his twenty-two years of retirement, he remained a recognized authority and wise counselor, whose advice and assistance were constantly in demand, according to Esmond Long.

Novy passed away on August 8th, 1957, at his home in Ann Arbor, MI, at the age of 92. He had three sons and two daughters, 15 grandchildren and 12 great grandchildren.