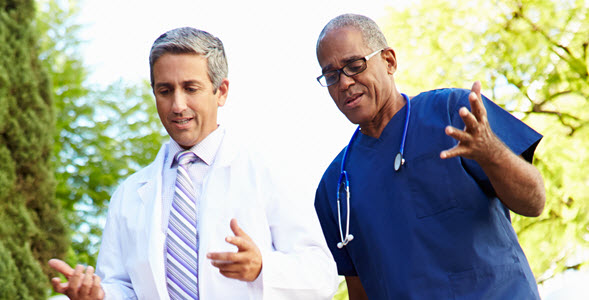 ﻿By the bioMérieux Connection Editors

According to the researchers, “Antimicrobial stewardship aids in reducing the emergence of multi-drug resistant organisms (MDRO) and enhances clinical outcomes through optimization of antimicrobial use.  Broad spectrum antibiotics are started in the case of sepsis and are often not deescalated in a timely fashion. A protocol was designed to integrate a comprehensive blood culture identification (BCID) test into our antimicrobial stewardship program to determine if we could decrease our broad spectrum antibiotic use.”

A central goal for hospital antibiotic stewardship programs is to eliminate antibiotic misuse—in other words, to not prescribe an antibiotic to a patient who likely will not benefit from the therapy because the infection is caused by a virus or some other etiology that cannot be addressed with antibiotics.

There is a concentrated effort to reduce the misuse of broad-spectrum antibiotics because they are often the drugs of last resort when treating highly resistant bugs. The widespread misuse and overuse of these powerful antibiotics will only hasten the decline of their efficacy.

The stewardship team that spearheaded this project included pharmacy, microbiology lab, and nursing staff. Molecular blood tests using a rapid polymerase chain reaction (PCR) platform were run on samples from patients with suspected blood infections—which are very dangerous and often lead to sepsis. The PCR testing was run, along with Gram-stain, when the suspected infection was confirmed by blood culture.

Based on an algorithm designed for this study, the microbiology lab would immediately consult with the pharmacy when the lab results were available. In turn, the pharmacy would make a recommendation to the provider regarding the current antibiotic regimen: either to leave it in place, change it or discontinue antibiotic therapy. The group conducted this study for 4 months and measured the following benchmarks:

According to the researchers, the results were positive and dramatic.

“Time to antibiotic deescalation decreased by 25 hours after implementation (45% reduction). We avoided a total of 70 broad-spectrum antibiotic days and observed a length of stay reduction of 1.45 days. Based on the length of stay reduction, a cost avoidance of $322,508 over the 4 months was calculated. Cost data was derived from the average cost per patient day at our institution.”