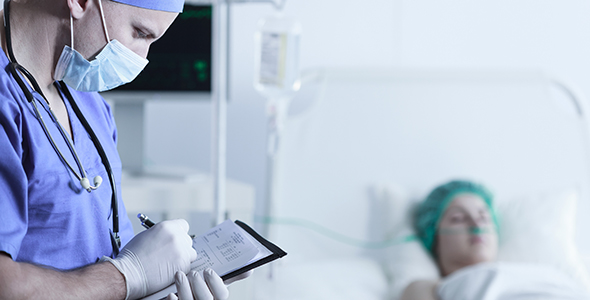 By the bioMéreiux Connection Editors

The Global Sepsis Alliance estimates that sepsis affects around 30 million people each year and results in between 6 and 9 million deaths. Because of that, research aimed at combating sepsis remains vital. Accordingly, the World Sepsis Congress closed with presentations on significant sepsis research over the last two years.

Procalcitonin is a biomarker that has recently shown significant potential for reducing antibiotic use in patients with lower respiratory tract infections. In this patient population, it is estimated that, in the US, up to 50% of antibiotics prescribed are unnecessary.

Dr. David Huang and colleagues presented on the ProACT trial in 2018 in the New England Journal of Medicine, which was designed to, “…determine the impact of a procalcitonin antibiotic prescribing guideline, implemented with basic reproducible strategies, in US patients with lower respiratory tract infection.”

Results from this paper concluded that, “The provision of procalcitonin assay results, along with instructions on their interpretation, to emergency department and hospital-based clinicians did not result in less use of antibiotics than did usual care among patients with suspected lower respiratory tract infection.”

The ProACT Trial’s results contrast with earlier studies, which concluded that procalcitonin is effective in reducing antibiotic use among patients with suspected lower respiratory tract infection. Those studies were instrumental in the FDA’s clearance of procalcitonin to help manage antibiotic treatment lower respiratory tract infections in early 2017. The FDA’s press release stated that, “Data supporting the test’s expanded use included clinical trial findings from published literature that compared PCT-guided therapy to standard therapy. Data from these prospective, randomized studies showed a significant decrease in antibiotic use for patients who had received PCT-guided therapy, without significantly affecting safety.”

Later in 2017, a meta-analysis from the Cochrane Database of Systematic Review, authored by Dr. Schuetz and colleagues, concluded that, “This updated meta-analysis of individual participant data from 12 countries shows that the use of procalcitonin to guide initiation and duration of antibiotic treatment results in lower risks of mortality, lower antibiotic consumption, and lower risk for antibiotic-related side effects. Results were similar for different clinical settings and types of ARIs, thus supporting the use of procalcitonin in the context of antibiotic stewardship in people with ARIs. Future high-quality research is needed to confirm the results in immunosuppressed patients and patients with non-respiratory infections.”

The exact reason why the ProACT trial’s results differ so significantly from previous research consensus is still unclear. In an interview with UPMC, Dr. Huang expressed disappointment in the study’s results and speculated that, “…it seems likely that physicians already commonly withheld antibiotics based on clinical signs alone, and, therefore, instead of the magic bullet I and many others hoped procalcitonin might be, it offered only limited incremental value over clinical judgment.”

The results of the ProACT trial have understandably raised a lot of questions and discussion around the use of procalcitonin to guide antibiotic therapy.

The misuse of antibiotics for lower respiratory tract infections in the hospital and emergency rooms continues to be a problem. Clinicians may initiate antibiotics empirically, based on the patients’ symptoms, but many times, antibiotic use is not necessary. A biomarker, such as procalcitonin, can give the clinician the confidence to initiate (or not) antibiotic therapy, as well as safely discontinue it, based on procalcitonin’s levels.

Having discussions about the use of procalcitonin in a clinical setting, as well as presenting the vast peer-reviewed information to clinicians, will be instrumental in helping them develop that experience and confidence in antibiotic stewardship.