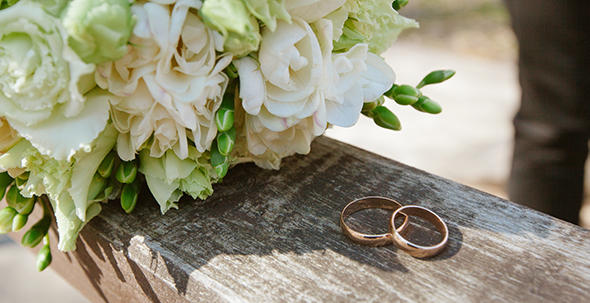 On Christmas Eve in 2014, Amanda Flores, a 36-year-old mother of two, went into septic shock. She awoke in February as a quadruple amputee.

Ms. Flores was young, healthy, and active—so how did she come so close to death from a condition that more often strikes at-risk groups like the elderly and small children?

According to an interview in the New York Times, Ms. Flores got sick in November 2014, and she felt achy, with coughing, laryngitis, and a severe sore throat. Doctors diagnosed her with the flu, but the symptoms refused to go away—most people who get the flu recover within a few days to two weeks. She said, “I felt like I had been hit by a train, that lethargic feeling. I felt dizzy.”

Flores then-boyfriend (now husband), Frank Bordoy, took her to the doctor on Christmas Eve, where nurses found that Ms. Flores’ blood oxygen levels were dangerously low. They rushed her to the hospital—the last thing Ms. Flores remembers before going unconscious was getting into the ambulance.

At the hospital, doctors discovered the true cause of Ms. Flores’ illness—strep throat, which lead to sepsis. She went into kidney failure, her organs began shutting down, and blood stopped flowing to her limbs. At that point, doctors thought the only way they might be able to save her was a quadruple amputation. With Flores’ family’s approval, doctors amputated her legs on January 2, and her arms two weeks later.

Ms. Flores survived, but at quite a cost. Many other sepsis survivors must also deal with the aftermath of sepsis, including amputations. And, more than 250,000 people die from sepsis in the U.S. each year.

However, sepsis can be prevented in many cases. Besides the steps that the CDC recommends individuals take to help get ahead of sepsis, rapid diagnostics in the clinical and hospital lab settings can make an impact as well. A misdiagnosis like the one Ms. Flores had can mean that a patient doesn’t get proper treatment, and the infection can lead to sepsis. If an infection like strep throat can be identified earlier, then patients can get treatment sooner, potentially avoiding sepsis altogether.

Sometimes though, despite best efforts, sepsis occurs anyway. When that happens, it’s important for doctors to have tools on hand to streamline and assist with diagnosis and treatment. Depending on the situation, different tests may be used to help doctors make treatment decisions, including lactate, procalcitonin (PCT), and other biomarkers that can help detect organ injury or dysfunction. In a case like Ms. Flores, where kidney failure is a concern, a biomarker to assess acute kidney injury could provide valuable information to doctors.

Over the course of more than three years, Ms. Flores overcame sepsis, kidney failure, and quadruple amputation. When she finally got to walk down the aisle with the help of special prosthetics to marry her fiancé, she didn’t get a happy ending—she got a happy beginning. Perhaps with continued advances in rapid diagnostics and treatment options, more people can get happy beginnings too.

One Reply to “Maryland Mom, Misdiagnosed with Flu, Survives Sepsis to Walk Down the Aisle”