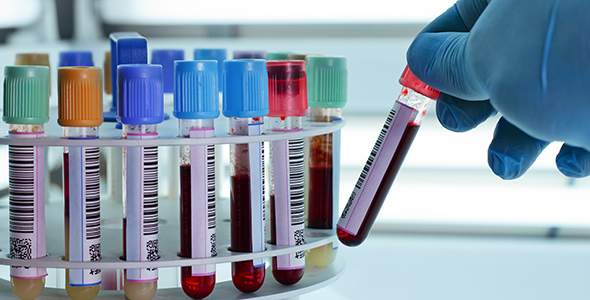 Paige O’Keefe is a laboratory scientist at Health Partners in Minnesota. While she has seen severe infections and sepsis from the perspective of positive blood and urine cultures, she suddenly came face to face with sepsis in an experience that completely changed her understanding of sepsis.

Marty O’Keefe, Paige’s husband, is in his mid-40s. He has rare genetic issue that makes him prone to blood clots, but is otherwise healthy. Two summers ago, the couple returned to their home following a short July 4th vacation. He immediately set out to finish some yard work. While mowing the lawn, Marty scraped his leg while passing a Lilac bush. “It was literally a little surface scratch,” said Paige. “Nothing you would do anything about or even notice. A paper cut would have been worse.”

Later that day, he picked up his wife after work and they went shopping at Costco. “That’s when I noticed he was limping a little, but this wasn’t terribly unusual. He wasn’t complaining, so I still didn’t give it much thought.”

On the drive home, Marty was very cold and had chills. The couple turned the AC down, thinking that was the cause of his chills. However, once they arrived home, Marty still didn’t feel right. Paige had him sit down and put his legs up. “I checked in on him a few minutes later and was freezing cold, to the point where his teeth were chattering. He was so cold that I got several blankets to warm him up.”

Just 15 minutes later, Marty felt extremely hot and was convinced he had an elevated fever. But, his skin was very cold to the touch. “He was coughing and coughing and started to have difficulty breathing. He also felt nauseous and hurried to the bathroom and vomited,” Paige said.

“When he returned from the bathroom, that’s when it really hit me that this was serious. He was sweating as if he just worked out. His skin was greyish yellow. He really looked like death.”

At 8 pm on Friday night, Paige brought her husband out to the car and took him immediately to the emergency department (ED). Paige was very concerned that a clot formed in Marty’s aching leg and had traveled to his lungs, or a Deep Vein Thrombosis leading to Pulmonary Embolism (DVT-PE), which is very serious and is often fatal. Once at the hospital, the staff who assessed Marty also were coming to the same conclusion: DVT-PE.

“I told him there was a small chance he had a small clot in his lung, which triggered his cough,” Paige said. “Marty said, ‘shouldn’t I be dead?’ I said, yes, but maybe you just dodged a bullet.”

A nurse pulled Paige aside and said she suspected PE, but couldn’t yet be sure. There could be a number of different possible causes. The nurse said, however, she was positive that no matter what the cause, it was extremely serious. “From her demeanor, I got the impression that she thought he had minutes to be treated properly, not hours.”

After about 90 minutes, a CT scan revealed no clots in Marty’s lungs. He was shivering, yet his fever was climbing and hit 103°F. The ED doctor called Marty’s family doctor to see if something in his medical history could help explain this crisis. The ED doctor told Marty’s GP that he believed the scratch on his leg led to cellulitis, which entered his blood stream and led to sepsis. All the symptoms indicted sepsis and the leg scratch, which was now very inflamed and hot.

“This was the turning point,” said Paige. “The ED doctor and Marty’s doctor agreed that all symptoms were pointing to septicemia, and based on that, very aggressive treatment with IV fluid resuscitation and two IV antibiotics.”

After 48 hours in the hospital, Marty’s fever had not yet subsided, and there was no reduction in swelling.

The ICU doctor believed the antibiotics were holding the infection at bay, but not defeating it, so Rocephin and Gentamicin were added to Marty’s treatment regimen. This slowly began to reduce his fever, but these powerful antibiotics devastated Marty’s digestive flora, causing severe diarrhea.

“The new medications helped, but now he was getting no sleep because he was running to the bathroom constantly,” Paige said. “And you can’t heal without sleep.”

By Tuesday, Marty was feeling better. And by Wednesday, his fever was gone, and he was discharged on Thursday morning—almost a week after arriving in the ED.

“Marty was in the ICU/telemetry for 6 days, and for the first 3 days, I wasn’t sure if he would pull through or not. The physician told me that if I had brushed off his symptoms as the flu and had waited an hour my husband wouldn’t have made it.”

Marty first started to feel poorly at 4 pm on Friday afternoon. Luckily, his fast-thinking wife knew this was much more than a case of the stomach flu or a cold. By 8 pm, she had him in the ED. And by 11 pm, he was on the sepsis bundle and was being treated aggressively.

“The ED nurse said she still can’t believe I brought Marty to the ED so quickly after his symptoms started. She said it made the difference. Whatever snap decision made me do this, I realize that we have to listen to those voices—intuition,” Paige said.

“So what if it turned out to be nothing, no problem. No one regrets over-reacting to a medical emergency. They regret when they under-react. How often do you hear mourning family members say, ‘I thought it was nothing’?”

The day after Marty was admitted, blood cultures revealed a group C hemolytic Streptococcus infection, which is highly resistant and difficult to treat. As a group C pathogen, an echocardiogram was preformed to see if the infection reached his heart, but it had not. “I spoke to several of my microbiology lab colleagues who said surviving an advanced group C hemolytic Streptococcus infection is far from guaranteed,” Paige said. “Typically about half do not survive.”